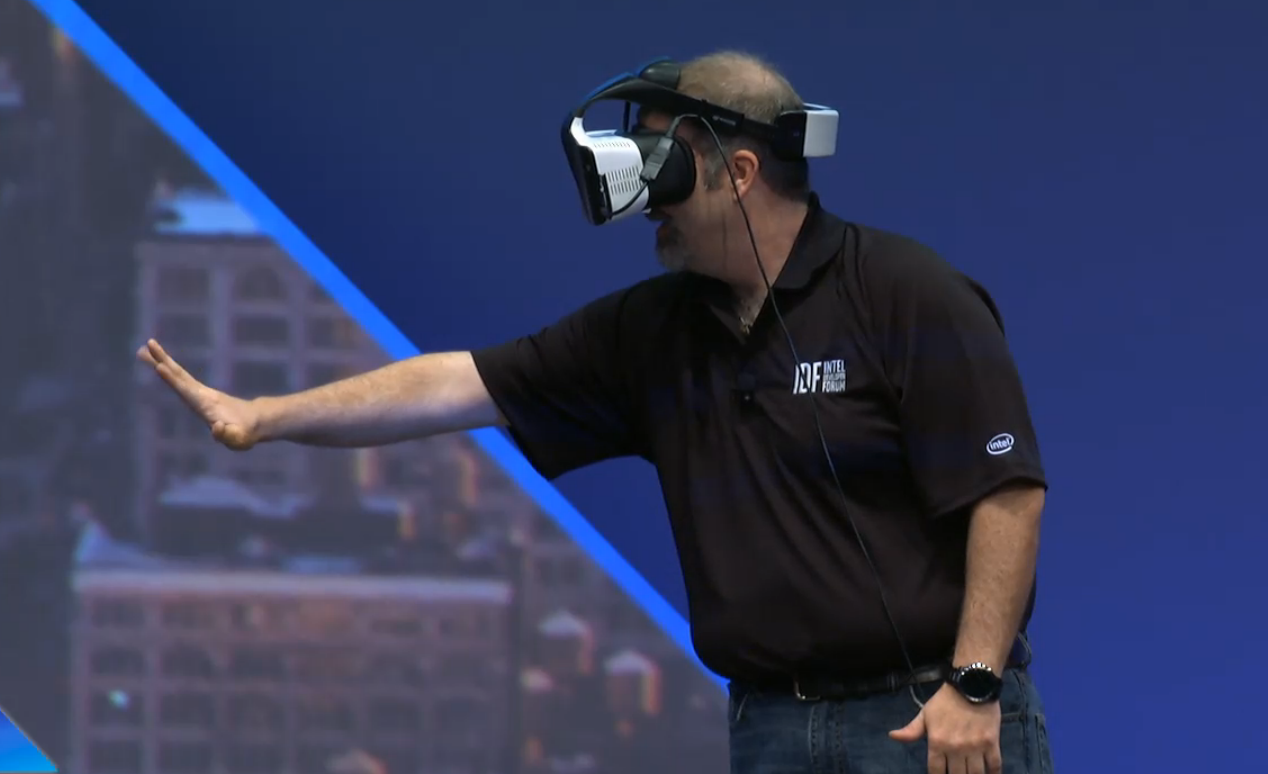 On stage at the Intel Developer Conference, Intel just unveiled a wireless VR headset. Forget setting up sensors in your office or backpack PCs: this could be the thing that makes VR not dumb.

Project Alloy is an all-in-one VR headset. That means the VR viewer, as well as the computer and sensors are all on board. Unlike the Oculus Rift or HTC Vive, which require an external desktop and sensors, there’s nothing to tether yourself to here.

Intel is pushing the mixed-reality chops of Alloy hard. On stage, they had a demo where a physical dollar bill was recognized and brought into the virtual world as a lathe. The headset can also recognize other people, and Intel is working on a partnership with Microsoft to create a standard for mixed reality. Given than Microsoft’s HoloLens is the leader in mixed reality, that seems like a good move.

The Microsoft platform will be called Windows Holographic, and it’s coming to all Windows 10 PCs next year. Intel’s master plan is to open-source the Alloy hardware (which, of course, uses Intel chips and RealSense sensors), with the aim being for developers to use Windows Holographic and Alloy to build their own VR or AR system.

Alloy looks mostly like a more casual VR headset. As a standalone computer, it can’t produce the high-end graphics needed to compete with the Oculus Rift or HTC Vive for gaming. But as a competitor to smartphone-powered VR systems like Google’s Project Daydream, it could be a winner. 3-D sensors in the front, Intel components inside and a tie-in with Windows could make it a popular platform for home VR.