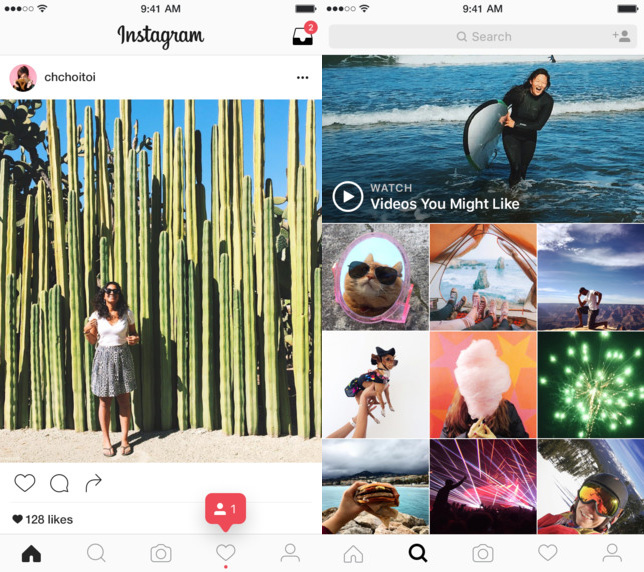 Surprise: Instagram just released a major update to its iPhone app that completely changes the look of the world’s most popular photo-sharing app. We saw some hints that the Facebook-owned app was testing a pretty dramatic redesign, and early peeks at the new layout were universally praised by users. It looks like the redesign was so well-received that Instagram decided to move forward, and the new design is now available to all iPhone users.

Here’s a video showcasing the new look as well as some new features:

“Today we’re introducing a new look. You’ll see an updated icon and app design for Instagram. Inspired by the previous app icon, the new one represents a simpler camera and the rainbow lives on in gradient form,: Instagram said in a blog post.

The post continued, “We’ve made improvements to how the Instagram app looks on the inside as well. The simpler design puts more focus on your photos and videos without changing how you navigate the app.”

What do we think of the fresh new Instagram design? We love it. Starting from the icon before you even open the app, Instagram’s old look didn’t fit well at all with iOS’s modern design. The same was true of the graphics within the app’s user interface — they were relics of the past. The new icon pops and fits much better, as does the app itself, from top to bottom.

The new app is available to download immediately, and as always it’s free in the iOS App Store.