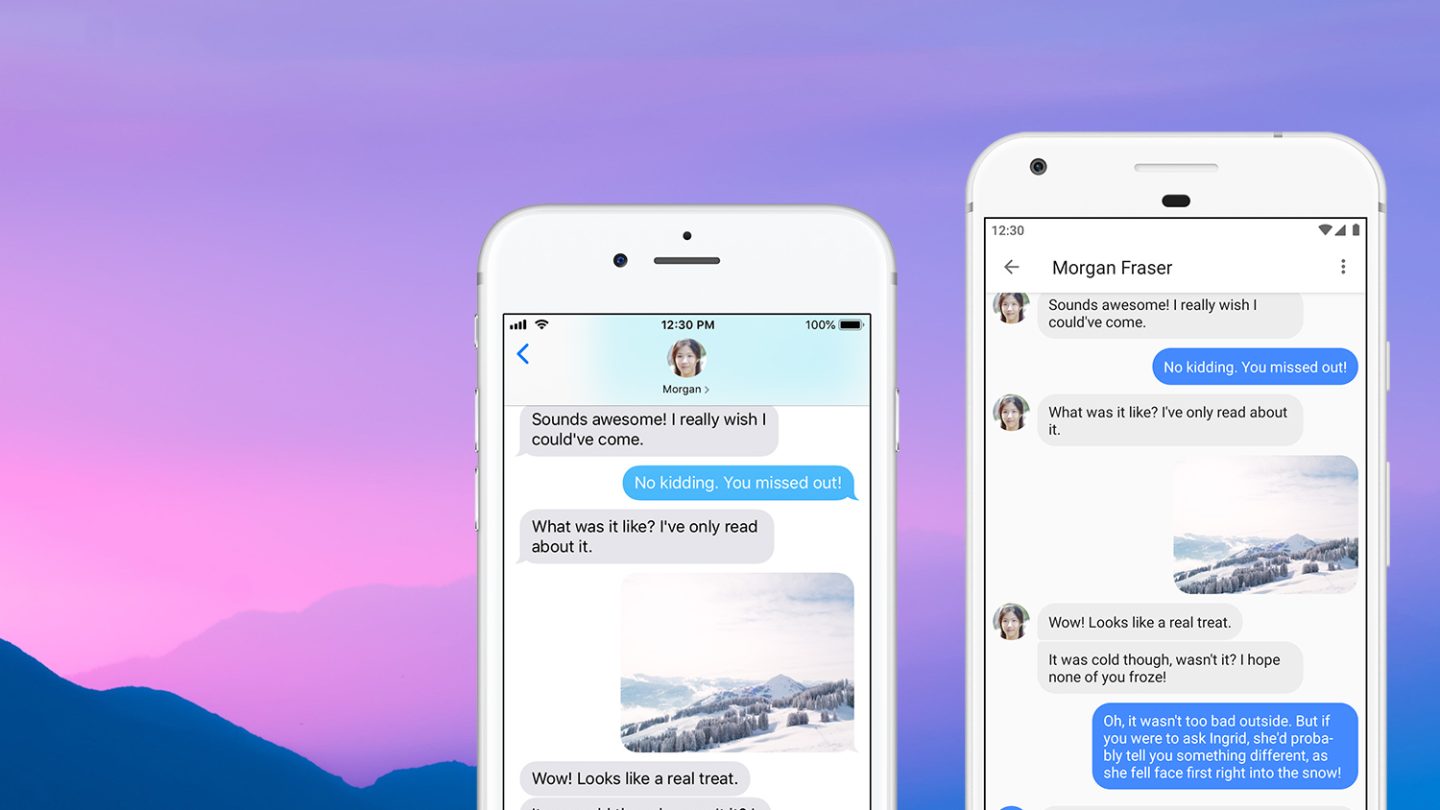 A friend came to me many years ago and told me he was fed up with his iPhone. This was back in the days before Apple relented and finally released new iPhone models with larger displays, and he was tired of seeing people with nice big smartphone screens while he was squinting at his tiny 4-inch iPhone display. We sat down and spent hours discussing which features were most important to him, and then going over all of the different Android-powered options he had that might best accommodate his list of wants. We ended up landing on a sleek HTC flagship phone and he went out the next day to buy one.

When I messaged him a few days later to see how things were going with his new Android phone, I noticed something peculiar: my message was still delivered through iMessage. He quickly responded, telling me that he had ditched his HTC phone and switched back to the iPhone after just three days. When I asked him why, his response was succinct but it truly spoke volumes: “I can’t live life as a green bubble.”

Apple first launched iMessage alongside iOS 5 back in 2011, and I’m not sure company execs fully understood how much value the service would end up having to its business. It started life as a somewhat simple messaging service that existed in harmony with SMS inside the Messages app on iOS devices. It was a sort of modernization of the BBM service people used to love so much on their BlackBerry phones, but it was simpler and unified. Could Apple have known that so many people would end up locked into the company’s ecosystem down the road, simply because they couldn’t bear to lose iMessage?

People have been begging Apple for years to release an iMessage app for Android, and there’s certainly no technical reason that might be preventing the company from doing so. That said, it’s never going to happen. Apple makes the lion’s share of its money selling hardware, and it’s not going to do anything that might contribute to a decline in iPhone sales. That’s why third-party developers have been working for so long to find a usable way to bring iMessage to Android, but they’ve all failed… until now. And what’s more is this latest attempt to bring iMessage functionality to Android isn’t just usable, we would go as far as to call it elegant.

AirMessage is a two-part solution that brings all of Apple’s core iMessage features to Android. It’s a two-part solution where one part is a server app that runs on your Mac computer, and the second part is the Android app that brings iMessage to your Android smartphone. That obviously means you need a Mac for the solution to work, and your computer has to remain on and awake in order to relay iMessages to and from your phone. But it also means that the solution is secure, and no messages ever pass through third-party servers. Here’s a note on security from the AirMessage developer’s post on Reddit:

Privacy should be a right, not a privilege. That’s why I’m proud that AirMessage leverages zero third-party services for sending your messages. Never do your messages leave the secure, encrypted tunnel between your computer and your phone, except to be sent to iMessage.

There’s an installation guide on the AirMessage website that walks you through everything that needs to be done in order for AirMessage to function. There are a few steps involved, but it’s really not that complicated. First you have to install the server app on your Mac, they you have to set up port forwarding on your router. Once that’s done, you just install the app on your Android phones and you’re done.

AirMessage just exited the beta phase and is now available to anyone and everyone. Oh, and did we mention that it’s completely free? Head over to the AirMessage website to get started.