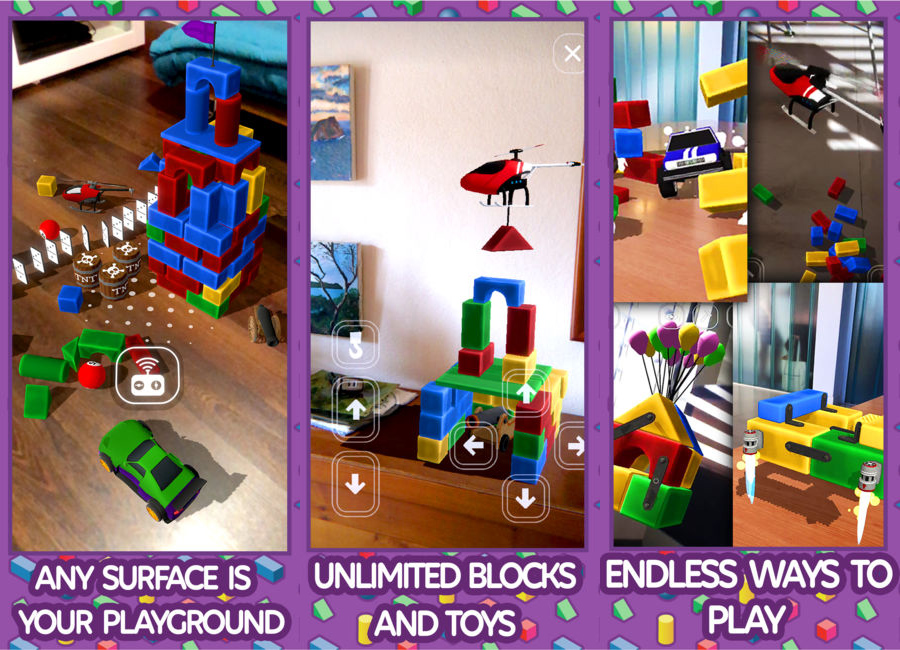 Like all smartphones, Apple’s iPhone line will someday be gone. And by “someday,” we’re not talking about the distant future 100 years from now. We’re talking about a decade or so from now, when smartphones as we know them will be in the process of being replaced by augmented reality gadgets like smart glasses. It’ll be a somewhat slow transition that will begin with glasses that reply on a smartphone to be the brains of the operation. But that will gradually transition to dedicated AR gadgets the likes of which we can barely imagine right now.

In the meantime, companies like Apple are easing the transition toward AR with nifty solutions like ARKit. These software tools allow developers to build apps that merge the digital and physical worlds, displaying graphics that appear to interact with physical objects around us. There are plenty of examples of cool AR apps for Apple’s iOS platform, and we’ve covered a few of them before. I just came across a new one this week though, and I seriously can’t stop playing with it.

The app is called Playground AR: Physics Sandbox. As developer Marc Sureda explained in a recent thread on Reddit, this is the first iOS game he made himself. Well Marc, you did a pretty terrific job.

The app is basically a virtual toy box that lets you play with all sorts of different objects like blocks, dominoes, RC cars, RC helicopters, and more. You can arrange toys however you want on the actual physical surfaces around you, and the physics is surprisingly good. But my favorite part of this little game can be seen in a GIF Sureda posted in his Reddit thread.

I just added drifting to my AR physics sandbox from iphone

You’ll find the app’s full description below, followed by a download link.

Playground AR is the next step in physics sandbox, with tons of blocks, toys and more to create and destroy with no limits.
With AR placing and moving toys is easy and intuitive, you can pick them up and throw them around, freeze them in place or add joints to connect various game blocks.
You will be able to create your own machines with joints, wheels and thrusters, or play with the included RC toys.
Build your giant block castle and try to land on it with your RC helicopter.
Play with your friends and see who makes the longest domino course, the highest block tower, or just enjoy together destroying everything with bombs.
Visit your creations from any angle, take pictures of them and share with the in-game screenshot tool.
Have you ever dream about having infinite toys?
Imagine, create and enjoy.