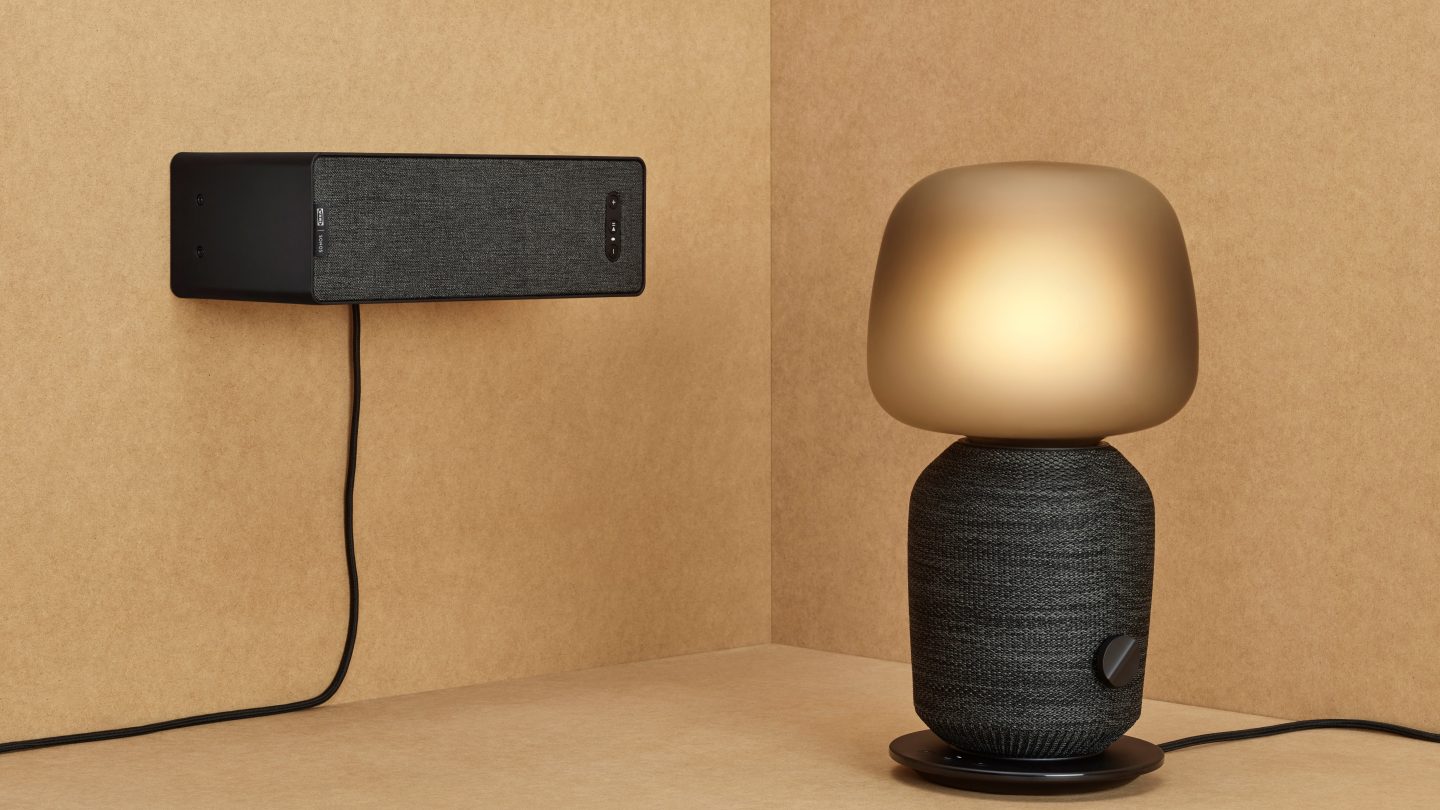 The partnership between Ikea and Sonos that was first announced back in 2017, promising an integration of Sonos’ high-quality audio devices with Ikea products, has resulted in a sleek new series of speakers under the Symfonisk banner that both companies are showing off this week for the first time in Milan.

The products they’ll be formally unveiling during the Salone del Mobile design show there include a table lamp with a Wi-Fi speaker, as well as a bookshelf Wi-Fi speaker, both of which are expected to go on sale in August.

You can see the first official images in this post of both products, which are compatible with Sonos’ own product lineup and can be controlled through the Sonos mobile app.

We got a hint of the direction that both companies’ partnership was taking last year, when Ikea showed a few prototype speaker designs at a Democratic Design Days event in Sweden. Teaming up with Sonos was a way for Ikea to find new ways to blend sound and furniture design in the home, potentially making it a lot cheaper to get started with a top-notch home sound system.

The new table lamp, with its included Wi-Fi speaker, is meant to declutter the home and keep it free of devices and cords while also introducing a new piece of hardware that plays the music the user wants to hear. A news release lists the recommended price as $179.

“We knew from the start that we wanted to challenge the traditional high-tech aesthetics,” said Iina Vuorivirta, one of the lamp designers at Ikea of Sweden. “The lamp-speaker partly springs from the idea of the fireplace — one single piece that spreads warm light as well as sound.”

Sonos vice president of design Tad Toulis said the partnership with Ikea represented an opportunity to create products neither company could develop on its own. “To this end, since music and light are both instrumental in creating a sense of place, we developed a product that can deliver both — the Symfonisk lamp speaker,” Toulis said.

The bookshelf speaker, meanwhile, can rest either horizontally or vertically. It’s meant to blend comfortably into the owner’s home, and not necessarily to stand out as a speaker, and it also comes with a number of hooks that allow it to be attached to, say, almost any kitchen rail. Its listed sales price is $99.

“Creating atmosphere and convenience are central in the creation of the Ikea Home Smart concept, and the Symfonisk range is perfectly designed with that in mind,” said Björn Block, Business Leader for Ikea Home Smart at Ikea of Sweden. “Ikea is always looking for ideas that improve life at home. By integrating technology with home furnishing products and solutions, we can do that in an even better way.”