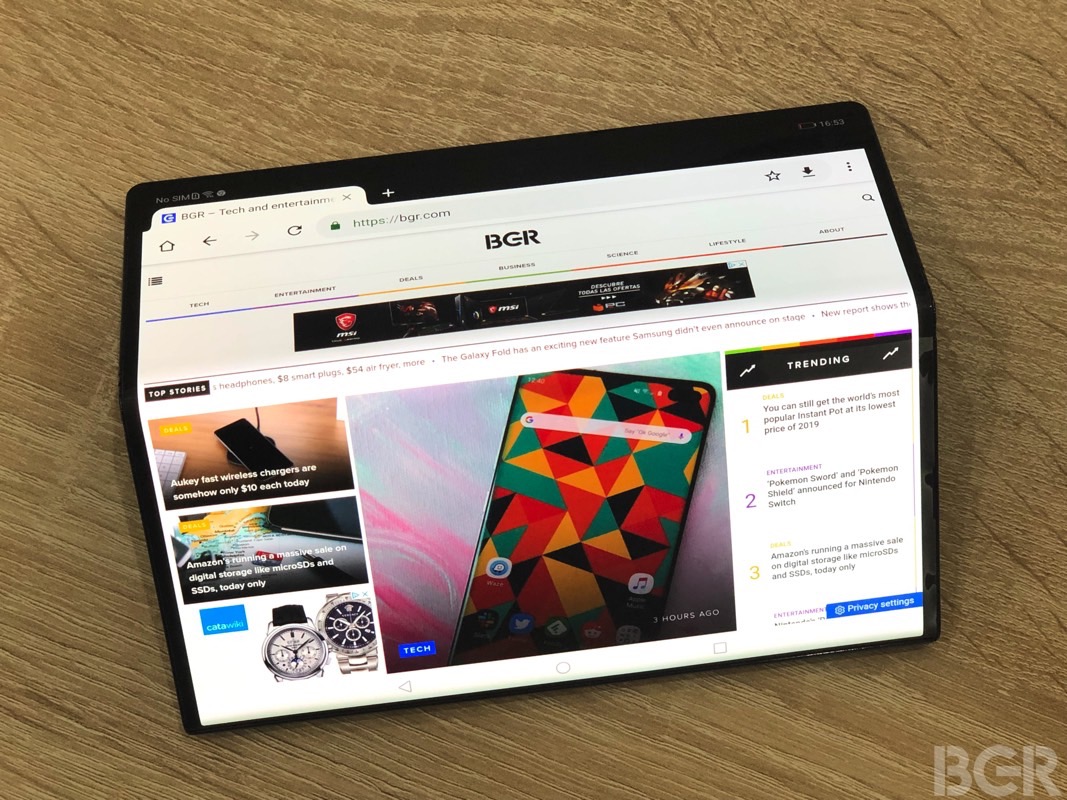 When the first-gen Huawei Mate X foldable phone launched at MWC 2019 last year, it simply stole the show. It looked and felt terrific, and it easily eclipsed its biggest rival, the Galaxy Fold, which was unveiled just a few days before the Mate X. But 2019 didn’t turn out to be a good year for foldable handsets.

The Fold’s durability issues forced Samsung to delay its launch by five months. Then the Mate X saw significant delays of its own, some of which were blamed on 5G testing. Both companies are expected to launch new foldable devices this year, each of which will feature more mature technology. The Galaxy Z Flip will be unveiled in early February, reports say, while Huawei is expected to unveil the Mate Xs at some point in March.

The Z Flip has appeared in several rumors so far, which revealed the handset could feature a glass display instead of plastic, and that it might cost just $1,000. The phone is supposed to introduce a brand new design for Samsung foldable phones, as the Z Flip will look a lot like the Motorola Razr foldable phone.

Huawei is reportedly working on a clamshell of its own, which will launch in the second half of 2020, according to MyDrivers. The Mate Xs upgrade might have a leg up as well, according to the same report.

The new phone is supposedly smaller than the original and will feature an improved hinge design. The Mate Xs is also supposed to be more durable than its predecessor and easier to produce, which could help Huawei sell more units. The price of the phone also has to go down for this to happen. At over $2,500, the Mate X is definitely not budget-friendly, and it’s the most expensive phone you can buy right now, assuming you can find it in stores.

When it comes to specs, the new Mate Xs is expected to run on Huawei’s latest Kirin 990 chip, which comes with built-in 5G connectivity. It’s unclear when the Mate Xs is supposed to launch, but it would make sense for Huawei to unveil both the P40 and the new Mate Xs at the same event in March. That’s assuming the Chinese smartphone vendor doesn’t launch its new foldable phones at MWC 2020 in late February.