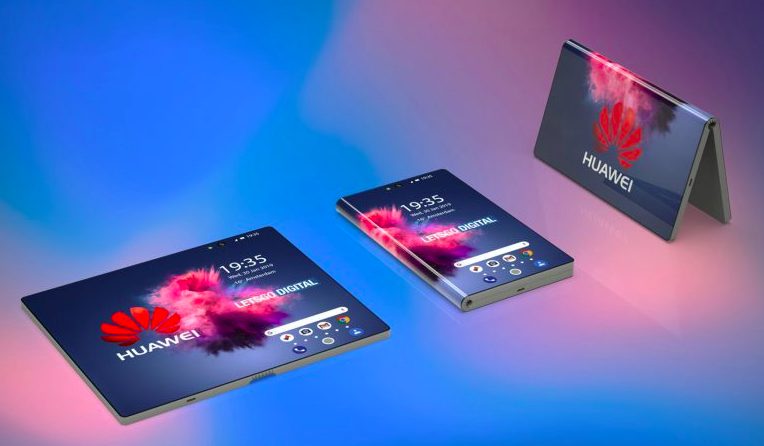 Samsung is expected to formally introduce the Galaxy F smartphone during the February 20th Galaxy S10 press conference, various reports have claimed. But that’s not the only foldable smartphone that will be announced this month. Huawei on Friday confirmed that it will unveil its own foldable device just a few days later on February 24th, a day before Mobile World Congress officially kicks off officially in Barcelona, Spain. And in the process,  Huawei told us how its foldable smartphone will differ from Samsung’s.

Huawei invited fans to watch live as it reveals “the unprecedented,” and posted the following image:

Come with us to explore #ConnectingTheFuture LIVE from #MWC @GSMA. Are you ready to reveal the unprecedented? #HuaweiMWC #MWC2019 pic.twitter.com/ErPD7eKMh1

The device in the picture can only be a foldable smartphone, even though Huawei doesn’t mention anything about foldable phones it in the tweet. Huawei did say a few days ago that its foldable phone will be unveiled in Barcelona in February, complete with 5G support.

What’s interesting about the image is that it reveals Huawei’s foldable phone will have the main screen facing outwards when the device is folded and used in smartphone mode. The Galaxy F’s main screen disappears inside the device when you fold it. Then it has a smaller screen on the outside that lets you use the gadget in phone mode.

A series of renders earlier this week (see the top image) proposed exactly the same design for Huawei’s foldable smartphone. That said, Huawei is yet to reveal the design of its foldable phone, so it looks like those renders were off base.

Meanwhile, Xiaomi surprised everyone earlier this month when it showed off its foldable smartphone concept on social media. Xiaomi’s demo already looks better than anything else we’ve seen when it comes to foldable smartphone technology, though we’re still waiting for demos from Samsung, Huawei, and others.