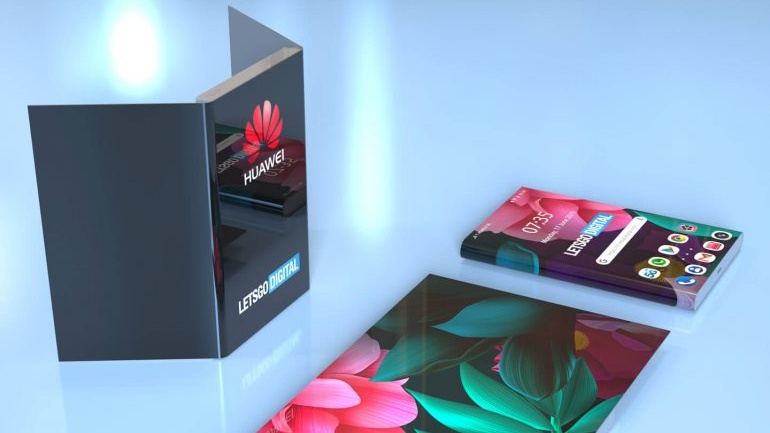 Huawei, the beleaguered Chinese consumer electronics giant that President Trump put on a US blacklist, just pushed back the launch of its much anticipated Mate X foldable phone from this month to September.

The company said it wants to spend more time putting the device through rigorous testing, one more complication that comes at a time when Huawei is trying to figure out a way forward since the US ban will eventually cut it off from doing business with Google — and, most critically, accessing Google’s Android mobile OS.

Nevertheless, even though Huawei has delayed the Mate X it actually appears to still have more foldable handsets up its sleeve. The company was granted a patent on May 31 by the World Intellectual Property Office for a handset design that shows a double-folding screen, allowing the phone to work as both a phone, tablet and a display that can be propped up on a desk.

Reports Dutch tech news blog LetsGoDigital about the newly publicized patent, the design in contrast to the Mate X also shows an alternative Huawei has come up with for the side bar. Additionally, the patent depicts three models of the proposed device.

In the first, a widescreen border housing the camera, sensors, and home button can be seen along the top and bottom of the phone. The second model includes only a top bezel that houses the front camera and relevant sensors, while the third proposed model shows a full-screen design with no edges at all. From front to back, the device is 100% a display surface.

Based on the patent documentation, it seems that the flexible screen on this phone is held in place by magnets. The device also relies on two hinges, so that when the phone is folded out the hinges provide extra support for the display.

We keep referring to this as a phone, but as mentioned above the patent also describes a “desk-stand” mode with this design. If you fold just one part of the screen, the device can be used as a quasi-laptop, with the user interface adjusting depending on how the device is folded.

Of course, while this new device certainly sounds intriguing, the company has a lot more pressing matters confronting it at the moment. The effects of the US ban are the most serious, especially given that a new report from Bloomberg reveals internal Huawei estimates of as much as a 60% drop in its international phone shipments. That would be a crushing blow for a company that does about half of its smartphone business outside of China — a company that at one point hoped to displace Samsung possibly as soon as this year as the biggest smartphone maker in the world.