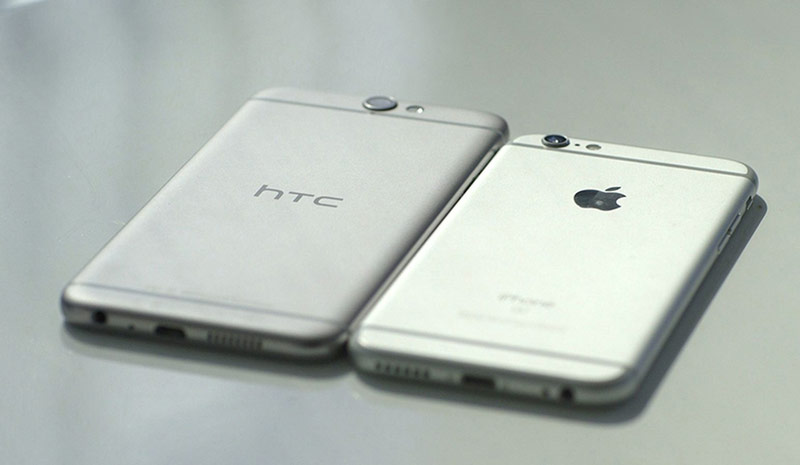 Yes, all smartphone designs swipe elements from other smartphone designs. That said, last year’s HTC One A9 was an absolutely shameless iPhone 6 ripoff and HTC even promoted it with an ad that was a ripoff of Apple’s classic “1984” spot. If any Android fans out there were hoping that HTC would go in a more original direction for this year’s upcoming One M10 flagship phone, a new leak suggests they’re going to be disappointed.

@evleaks, who admittedly has a mixed track record with HTC-related leaks, posted the following message on Twitter last night:

If he’s right, that means we’re going to see a flagship HTC phone that looks a lot like this:

The sad thing here is that HTC really used to have a wonderful and original hardware design for its phones. The One M7 and the One M8 were two of the best Android phones ever released and even the disappointing One M9 at least still maintained an attractive design. In particular, I always loved their front-facing speakers that delivered vastly better sound quality than any other phone that I’ve ever used.

On the other hand, none of these wonderful hardware designs helped make HTC any money so it might just be more profitable for the company to mail it in with another iPhone knockoff. We’ll have to wait and see when HTC officially unveils the One M10 over the next couple of months.