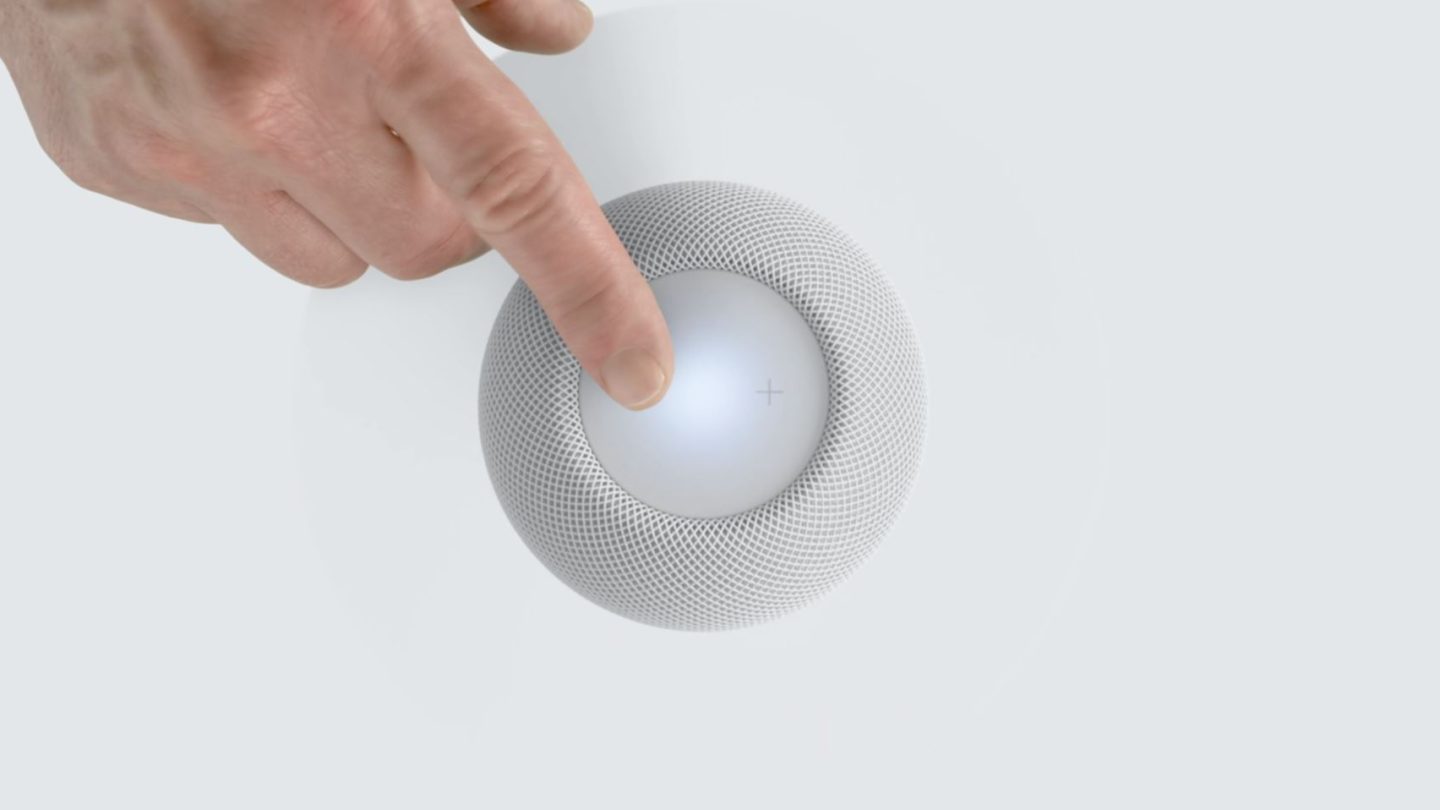 Today at Apple’s iPhone 12 event the company took a moment to offer HomePod fans something a little bit different. It’s a smaller, cheaper version of the company’s smart speaker, and it looks kind of adorable.

The HomePod mini packs all the same functionality as its larger brother, but it does so while taking up far less room. That’s a big deal, since one of the big criticisms of the HomePod after it was launched, was that it was a lot larger than some of the competing smart speakers from companies like Amazon.

The full-sized HomePod’s killer feature is its intelligent sound monitoring that measures feedback from around the room in order to provide the best possible sound. The HomePod mini does the same thing, using what Apple calls “computational audio.”

What’s particularly interesting about the mini is that if you decide to invest in more than one of them, the speakers play in sync throughout your home. If two of them are in the same room, they’ll automatically act as stereo speakers, which is a nice touch.

Apple is also promising additional features that will be added in the near future, including handoff features and interaction between HomePod mini and your iPhone. Bringing the phone close to the speaker brings up song information and other options.

As with the full-sized HomePod, the smaller HomePod can sync up with your iPhone to send messages and deliver reminders, among other things. Siri identifies each individual person based on their voice, responding intelligently and allowing each person to access their own apps without accidentally messing with others in your house.

Unsurprisingly, HomePod mini also acts as a smart home hub, and compatible accessories can be controlled with your voice via the tiny speaker wherever it might be in your house. There’s even a new Intercom feature that will allow each mini to send voice messages to other speakers and Apple devices, including the iPhone, iPad, and even Apple CarPlay.

Apple’s HomePod took a hit when it was announced due to its relatively high price. The mini looks to reverse that, with a price tag of just $99. It comes in two colors — white and space gray — and will be available for order on November 6th and will launch on November 16th.