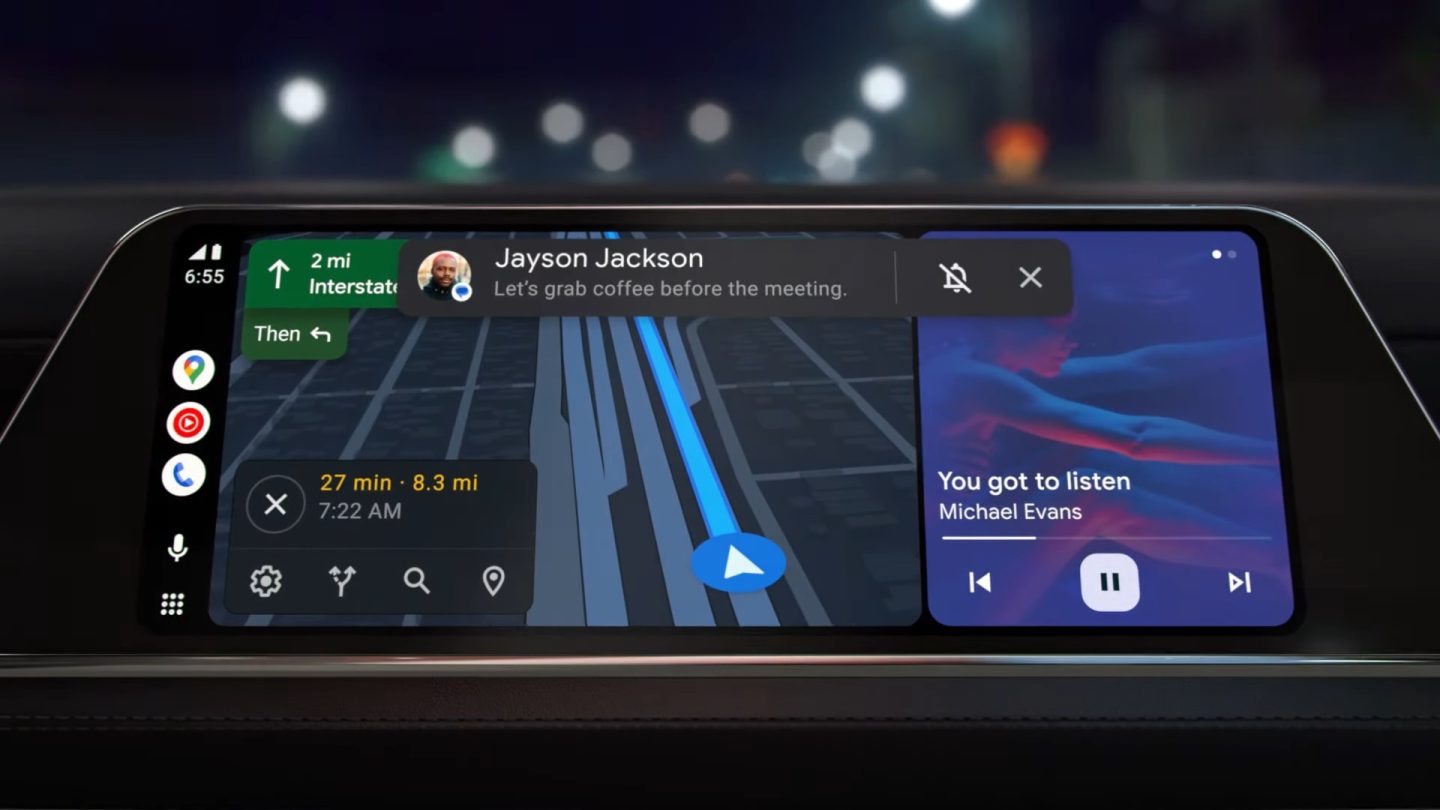 Google is kicking off the year by launching the redesigned Android Auto software for cars. At CES 2023 on Thursday, Google began rolling out its “refreshed Android Auto experience,” which brings a new look to the car dashboard platform as well as a number of new features.

Google says the redesign prioritizes three goals: “navigating where you’re going, communicating with friends and family, and playing your music or podcasts.” One way it does so is by moving the Maps card closer to the driver’s seat. This is not an especially bold change, but it is for the better, as drivers won’t have to glance as far over to see where they’re going.

Google has also brought Material You to the new media card, which features the album art of the music playing. There is a new quick launcher as well, so users can quickly access their recently-used apps without having to back out to a different menu. The company notes that its new split-screen layout can adapt to any screen size, no matter how tall or wide.

As for the new capabilities, Google Assistant will now provide smart suggestions through Android Auto. These include missed call reminders, quick arrival time sharing, and instant access to music or podcasts. On-screen shortcuts should help drivers complete tasks without spending much time looking away from the road. Google is also finally adding a seekable progress bar for music and podcasts. WhatsApp calls are coming to Android Auto too.

Outside of the car, Google is bringing car key sharing to Samsung and Xiaomi phones soon. More car brands will support digital car keys in the future.

With Apple’s next-generation CarPlay update slated for late 2023, Google has gotten a jump on its top competitor. If you regularly use Android Auto in your vehicle, look for the update starting today. If it isn’t already available, you should see the redesign soon.