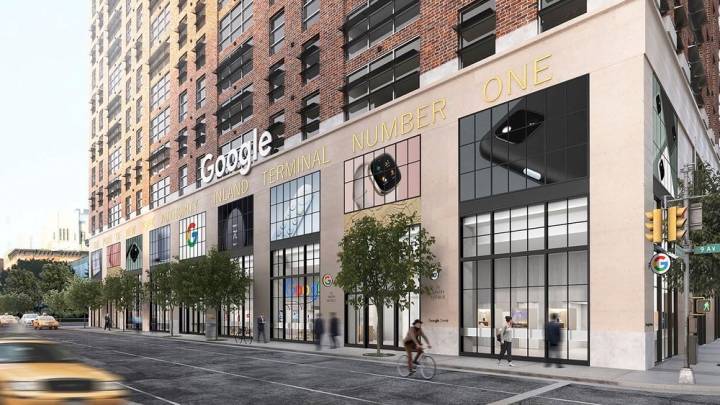 Google made a surprising announcement on Thursday, revealing that it will open its first permanent physical store. Located in New York City, the store will open its doors this summer, allowing Google customers to experience its products just like Apple fans do in an Apple store.

The retail stores that Apple opened a few decades ago have a cult-like following, and they’re a big part of Apple’s success. Apple has opened hundreds of stores all over the world and continues to expand its reach every year.  Seeing Google attempt a similar foray into retail should be fantastic news for Google fans, and especially for people interested in more hardware made by Google, like the Pixel phones.

You don’t open a retail store chain if you’re not committed to launching new hardware to sell in it. The store won’t be just for exploring Google software — the point is for customers to be able try products before they buy them. Here’s a key passage from Google’s announcement:

At the Google Store, customers will be able to browse and buy an extensive selection of products made by Google, ranging from Pixel phones to Nest products, Fitbit devices to Pixelbooks and more.

You need flagship, buzz-worthy products like the Pixel phones to sustain an ambitious retail store initiative like the Google Store. Google makes other popular products, including smart speakers and screens under the Nest umbrella and Chromecast. And then there are the Fitbit devices that Google acquired. But these are all companion smart devices.

The devices that we want to get our hands on are phones, tablets, and computers.

The Pixel 5 is hardly the kind of flagship phone that needs to be experienced in a store, but the Google Store announcement indicates that Google is ready to take itself more seriously than before and deliver the iPhone alternative we’ve been waiting for. All signs point to 2021 being a spectacular year for the Pixel 6. Google has overhauled the software experience in Android 12, and it’s rumored to make its own custom chips for the Pixel 6. Finally, the next Pixel already looks like a true flagship device in leaks.

Google is also rumored to be working on a Pixel foldable phone. That’s not all. You don’t mention the Pixelbook if you don’t plan to make more exciting versions of it in the future.

With all of that in mind, the Google Store announcement is probably one of the best Pixel 6 teasers of the year so far. It’s a massive bet that Google plans to make more and better hardware than before. Hopefully, it succeeds.

Considering the ongoing pandemic, Google explained that its retail store will have various health and safety measures in place, including masks, hand sanitation, social distancing, and store cleanliness measures. Check out Google’s website to stay updated on the company’s progress with the Chelsea store.