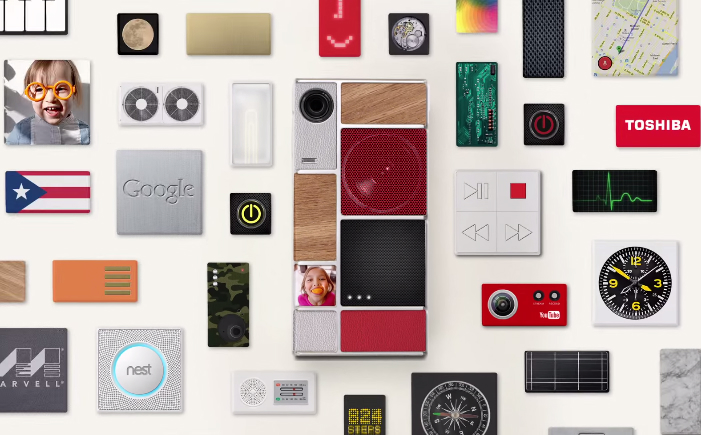 Early Friday morning, reports broke the news that Alphabet is killing Project Ara, its attempt at a modular smartphone. I’m not crying for the loss of Ara — phones with swappable screens are inherently dumb — but there’s only so many times Google and Alphabet can hype up the future, before unceremoniously kicking it to the curb.

The way Alphabet develops products is really to blame. The company ignores the kind of secrecy that traditional tech companies (Apple in particular) have made part of the corporate culture, and instead chooses to develop publicly. It’s a good move to make people excited about your company — remember when we all thought Google Glass was the bomb? — but I’m not sure it’s sustainable in the long run.

There wasn’t that much deliberate hype with Ara. Development started on the project way back in 2014, when Google and Motorola teamed up with Phonebloks to make a concept into reality.

At the time, Project Ara was meant to produce a fully modular smartphone and the ecosystem to support it. The idea is that you’d buy a phone skeleton, like the motherboard and case for a desktop PC. Then you would buy the screen, battery, processor and everything else separately and slot them in. In theory, it’s a great idea. You remove the need to buy an all-new phone every year or two, and also add the flexibility to change out big batteries or better cameras as needed.

The reality turned out to be different. As development continued over the last two years, we saw major breakthroughs that enabled swappable modules to become reality. But fundamentally, all the casings and connectors and controllers you need to make a phone modular make it way bigger, more complicated, and more expensive than just buying off the shelf. Oh, and no-one really seems to want a modular phone anyway.

There’s nothing particularly weird about a tech company trying something ambitious for a few years, changing course a couple times, and finally scrapping the project. But the difference with Alphabet is the hype.

Hypothetically, Jony Ive and a team of minions could have been building a modular iPhone for the last couple years, complete with chamfered modules and giant selfie cameras. But we’d never know about it, because Apple doesn’t shout about the potential R&D projects in its pipeline. I’d be staggered if Apple didn’t have serious plans right now for self-driving cars and virtual reality, but it doesn’t constantly tout it as the future.

Alphabet is the polar opposite. We’ve known about Google’s self-driving car program for years, and the company’s PR department is always keen to send out releases on any progress. With Google Glass, the company didn’t try a low-key developer release first, but instead released a bunch of “beta” hardware into the wild, with all the showmanship of a major consumer-ready product launch.

Maybe it’s our fault for confusing Alphabet’s beta releases with something that’s actually going to come to market. But even so, the company is terrible at managing expectations.

Getting consumers to understand the limitations of a product is important. Tesla proved this recently with Autopilot: after a fatal accident with an Autopiloted car in May, Tesla and Elon Musk went to lengths to remind everyone that Autopilot is in “beta,” and drivers need to have their hands on the wheel at all times.

But Tesla can’t have it both ways. You can’t tout something as a killer feature that you’ve just gotta have one day, and then write it off as initial bugs when everything goes wrong. Either it’s a real product that you’re determined to make a success, or a pure experiment. If it’s the latter, you’re not allowed to have skydivers advertise it live during a press conference.

Alphabet only has so much reputation to use up. I’d argue one of the reasons that every Apple press event is a big deal is because Apple delivers. It never has a conference to show off an idea, or a concept, or a vision of the future. It’s products that are ready to go (provided you hold them right), no excuses. If Alphabet wants to command the same kind of excitement, it could learn a thing or two.