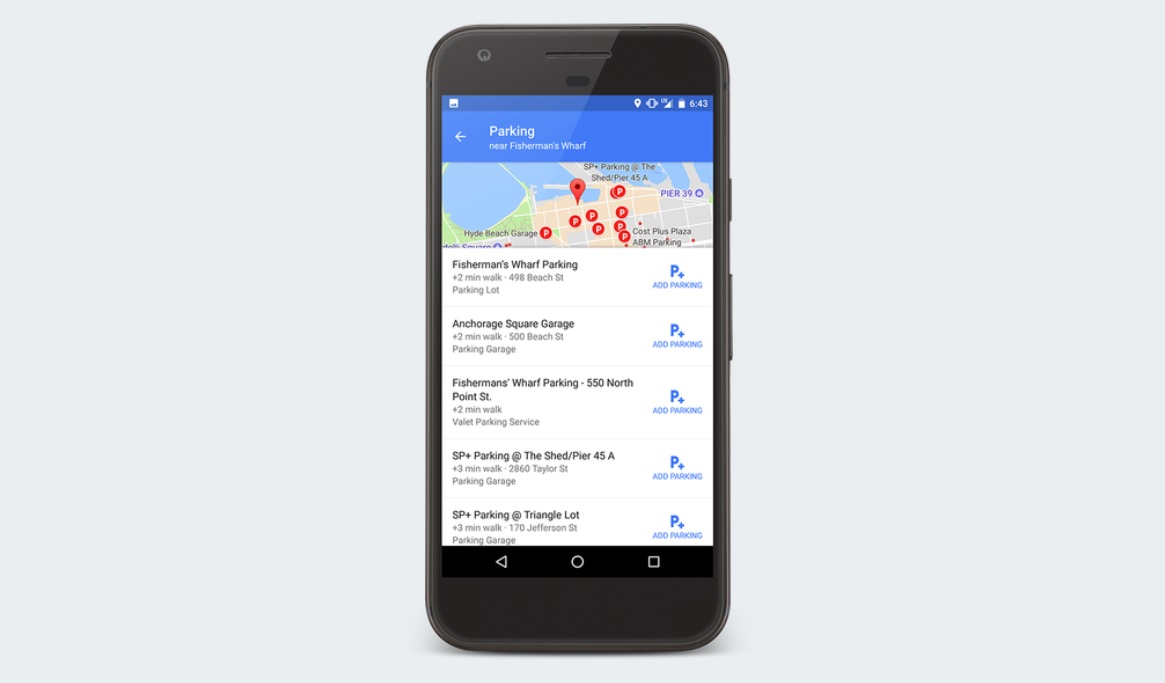 Google is once again upgrading Google Maps this week with a new feature for Android users that will help them find parking once they arrive at their destination. Once they’ve updated the Google Maps app on their Android phones, users in 25 US cities will be able to tap “Find Parking” on the directions card to see a list of parking lots and parking garages in the vicinity of their destination.

Unfortunately, Google has yet to announce anything about expanding this feature beyond major metro areas such as New York, Chicago, London and Paris, but we’ll be keeping an eye out for further updates. In the meantime, if you do live in one of the cities listed above, you can update your app this week and give the feature a whirl… providing you have an Android device.