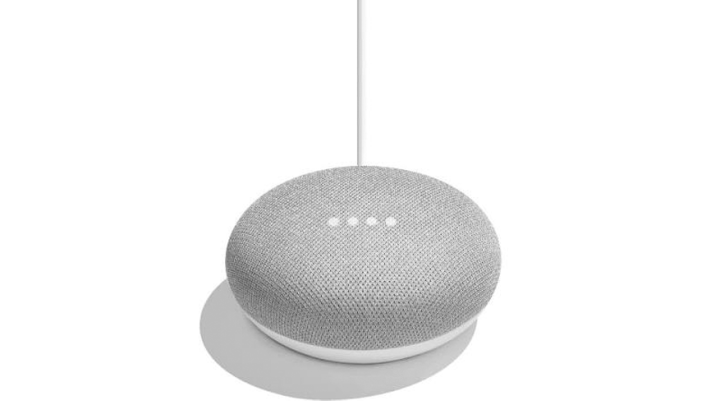 Google is revamping its Home speaker lineup with all-new hardware that brings it into parity with its chief rival, Amazon. At today’s big Google hardware showcase, the company announced the all-new Google Home Mini and Google Home Max.

The Mini, which was conveniently leaked by Walmart a full day before its official unveiling, is a pint-sized fabric-covered speaker that is a whole lot like Amazon’s Echo Dot. It provides the same functionality as the standard Home device, but its small stature and less hearty hardware make it more appealing as a smart home controller and info hub than an audio device. However, if you want to boost its audio chops you can connect it to any Chromecast speaker and stream music wirelessly.

Google Assistant will of course be the star of the show, and the tiny gadget fits the same use cases as the Echo Dot. The Mini measures a bit over four inches wide, and just a few inches tall, meaning that you can stick one just about anywhere. It comes in a trio of colors, including charcoal, gray, and coral, and retails for a pretty reasonable $49. If you favor Google’s flavor of AI assistant over that of Amazon or Apple, it’s a pretty easy sell. It’ll be available on October 19th with pre-orders starting immediately.

On the software side, Google revealed some pretty big upgrades for its Google Assistant. The AI software now controls thousands of smart home gadgets, and includes some convenient functionality like being able to ring your Android or iPhone if you can’t find it. Google also announced that it’s fully embracing all of Nest’s new hardware, allowing you to command Nest cameras, thermostat, and other devices via Assistant. Google Assistant is also getting a new feature called Broadcast, which allows you to send out alerts to all Google Home devices in your home, acting like a very basic intercom system.

On the other side of the spectrum, the Google Home Max is a real beast. It’s a long, rounded rectangular speaker that is about the same length as three standard Home speaker stacked side-by-side. This is clearly the device that Google envisions competing with the likes of Apple’s high-end HomePod and Amazon’s Echo Plus. The Max features dual 4.5-inch speakers, a pair of tweeters, and a design that Google says can play “really loud,” or about 20 times louder than the standard Google home. Its fabric-covered front matches that of the other Google Home device, and the Max accepts just about any kind of input. It will work with Spotify and other music streaming services by default.

The company also announced an AI-powered software system called Smart Sound which adjusts itself to the room it’s in and the music being played. It automatically corrects any audio anomalies and adjusts within seconds if you ever move it. It can even account for background noise and tweak its volume accordingly. As you’d expect, the Max also has Assistant built in. It will launch in December for a price of $399, comes in either a light gray or a darker charcoal, and comes with ad-free YouTube Music for 12 months.