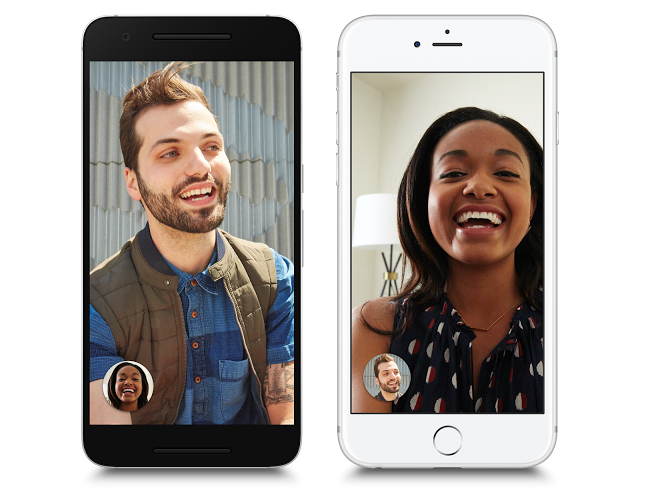 How can I compare the popularity of Google’s recently launched Duo video chat app to Android malware apps that many consider not to be a thing? That’s preposterous, heresy even. But I’m just going to show how much our perception is altered when talking about market share in the mobile business using Google’s CEO Sundar Pichai as a benchmark.

“Google Duo now over 5 million Android downloads in a week,” Pichai tweeted. That’s certainly impressive for an app that’s meant to bring a FaceTime-like experience to Android, but is also cross-platform, as the app is also available on iPhone.

Let’s now look at a statement that Pichai made two years ago about malware. Addressing Tim Cook’s comments about Android malware the Apple CEO made at WWDC 2014, Pichai said during the I/O keynote the same year that “based on every data we see, well, well less than half a percent of users ever run into any malware issues.”

That seemed to settle it. To many Android users who know how to avoid malware and will probably not have any issues with malicious apps in the future, it looked like Google cleared the air once and for all. But according to late June 2014 numbers, Google registered up to 1 billion active Android users each month. Translating percentages to a palpable number, I concluded at the time that, according to Pichai, up to 5 million users were affected by malware. That’s hardly something to be ignored.

Let’s get back to Pichai’s Duo numbers. Imagine him tweeting something like: “Google Duo now on more than 0.37% of active Android devices in a week.” That’s hardly something one would care about.

According to Google’s latest Android numbers, there are over 1.4 billion active users each month. These are September 2015 stats, and that’s the number I used to calculate the percentage above. As for malware, 0.5% of 1.4 billion amounts to 7 million people who might be affected by Android malware, assuming Pichai’s 2014 statement still holds true. But Google has taken several other measures since 2014 to combat malicious apps, so I’d hope that percentage is even lower. Furthermore, even if millions of people contracted malware at one point in their lives, there have been many different strains out there, from a variety of players. Very few of them managed to affect a large number of users, at least according to what’s known to date, and many of them have been eradicated.

Again, comparing malware to an app isn’t something that can really be done. But the point I’m trying to make here is that we often fall for the numbers companies feed us, without looking at what they really mean in many cases.

As for Duo, getting 5 million app installs in one month alone is very impressive, and that number is only going up, I would assume. It’s interesting though that Pichai did not say anything about iPhone downloads, which might mean they’re not relevant yet. But is it a hit already?