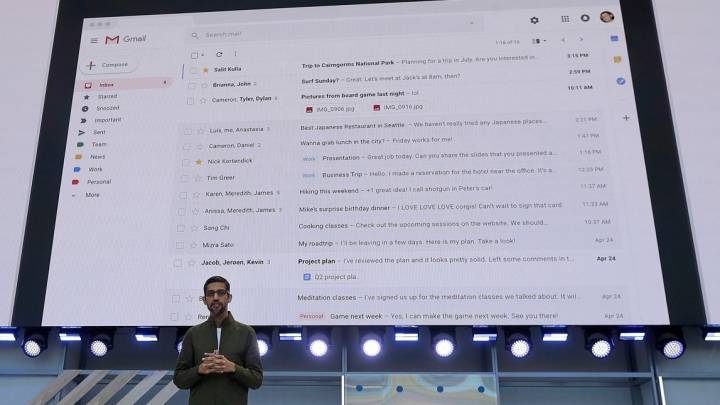 After a Wall Street Journal exposé that revealed some companies use humans to read some of your emails, to improve the services and apps they have built upon email, Google came out with its blog post to reassure users that their Gmail accounts are safe.

That’s the right response, considering that Google is practically in the same boat as Facebook when it comes to user data and privacy handling, and the Cambridge Analytica scandal indirectly affects the company, whose entire business is built on user data. Not to mention that Google had its own series of privacy mishaps over the years, so it’s great to see the company get in front of this.

But don’t expect Google to tell you that it’ll stop allowing developers to read your emails if they so desire. In a blog post on the matter, Google insists that your security and privacy is safe within Gmail, even if other parties do access your private data:

We make it possible for applications from other developers to integrate with Gmail—like email clients, trip planners and customer relationship management (CRM) systems—so that you have options around how you access and use your email. We continuously work to vet developers and their apps that integrate with Gmail before we open them for general access, and we give both enterprise admins and individual consumers transparency and control over how their data is used.

A vibrant ecosystem of non-Google apps gives you choice and helps you get the most out of your email. However, before a published, non-Google app can access your Gmail messages, it goes through a multi-step review process that includes automated and manual review of the developer, assessment of the app’s privacy policy and homepage to ensure it is a legitimate app, and in-app testing to ensure the app works as it says it does.

And the company reminds you that you control your data and can always turn off the kind of access some apps might require to be able to read your email.

Of course, nobody reads privacy policies, and few people go back to revoke access to apps once access is given and Google knows this. And for many people, there’s no way of knowing whether a human read any of their emails, whether anonymized or some other fashion.

But while Google won’t commit to blocking any email apps developers from reading your data, it does say that Google itself won’t read any of your emails, unless consent is given or there’s a reasonable reason to do so:

The practice of automatic processing has caused some to speculate mistakenly that Google “reads” your emails. To be absolutely clear: no one at Google reads your Gmail, except in very specific cases where you ask us to and give consent, or where we need to for security purposes, such as investigating a bug or abuse.

With all that in mind, you should know that your Gmail emails are probably safe, as long as no other third-party has access to your password. In which case, it might be partly your fault. So you can keep using it with confidence for quite some time to come.

If you want to make sure your email can’t be shared with others, then you’ll have to look into other email providers, the encrypted kind.