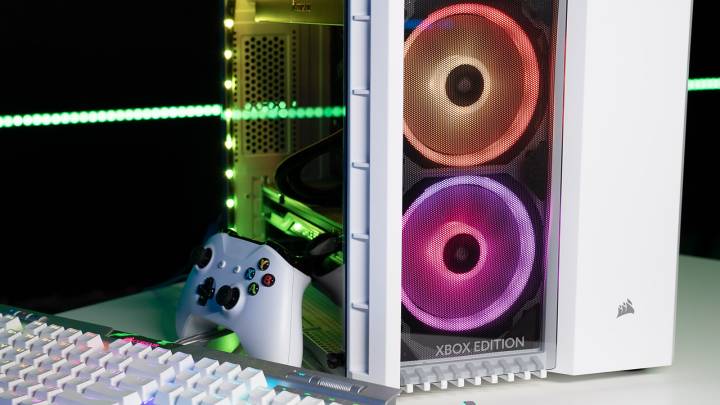 If you’ve ever wanted to somehow merge multiple gaming systems into one versatile device, then you’ll need at least $2,500 to spend on the Origin PC Big O that was just unveiled at CES 2020. The gaming PC won’t just play PC games, but it will also support PS4 or Xbox titles, depending on which of the two consoles you bundle with it. Specifically, you get to pair a PS4 Pro or an all-digital Xbox One S console with a powerful PC, as long as you don’t mind the extra cost.

While you can’t customize the PS4 or Xbox console, you do have a say in the way the gaming PC is built. The Big O comes with either AMD Ryzen 9 or Intel Core i9 chips, an NVIDIA GeForce RTX 2080 Ti graphics card, and up to 32GB of RAM. In other words, it can be as powerful as you need it to be to deliver a great PC gaming experience.

The whole contraption is housed in a custom Corsair Crystal Series 280X chassis with a dual-chambered design, Kotaku explains. Don’t expect to find the actual PS4 or Xbox console inside the box. Origin dismantled the PS4 or Xbox, packing the components inside the case. A water cooling system handles the heat of both systems.

The only issue with this particular contraption concerns timing. Both the PS5 and Xbox Series X will launch later this year, so you might be better off waiting for a Big O gaming PC featuring the newest consoles. On the other hand, why wait one more year to rock the ultimate gaming PC? The only way to make the system even more formidable would be to combine both consoles with the gaming PC inside the same case.