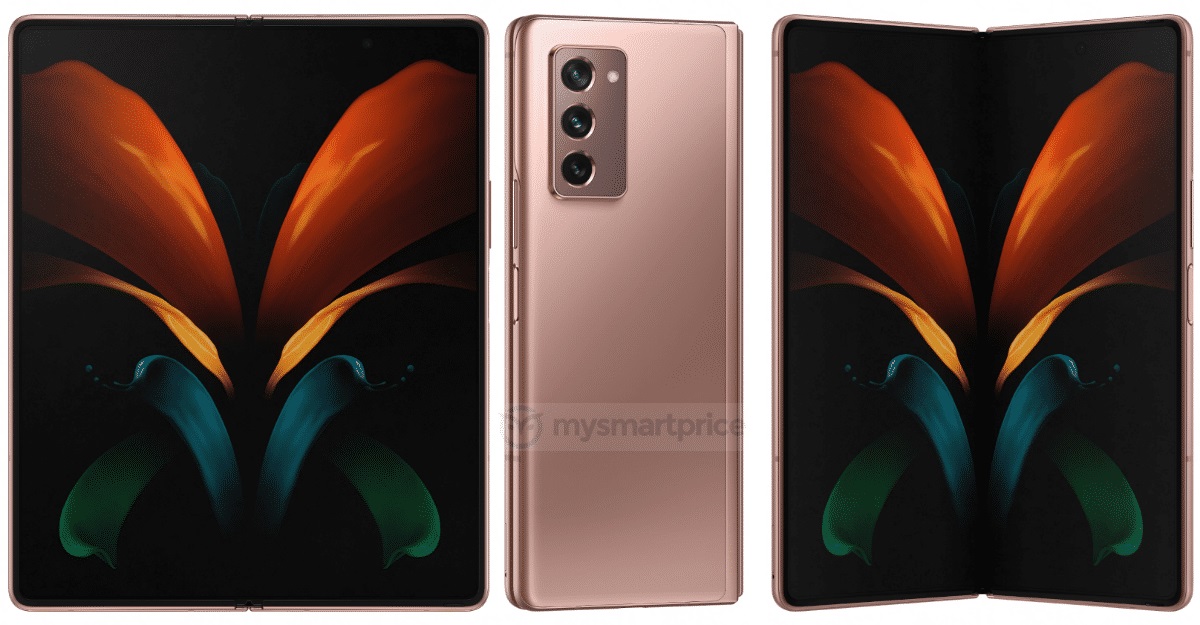 Just when it seemed like Samsung might finally be able to launch an exciting new phone without it being thoroughly spoiled by leaks ahead of time, the floodgates have opened for the Galaxy Z Fold 2 5G.

Samsung will host a Galaxy Unpacked event on August 5th to reveal five products, and the only one we had yet to see much of in leaks was the follow-up to the Galaxy Fold. We had a pretty good idea of what it was going to look like and how Samsung was going to improve the design, but official renders and live images had eluded us. That changed on Wednesday when we got our first look at the phone in the wild, confirming the new name and the disappearance of the notch. But another Galaxy Z Fold 2 leak has already begun making the rounds.

On Wednesday afternoon, MySmartPrice shared the first official press renders of the Galaxy Z Fold 2 5G in both the Mystic Bronze and Mystic Black colors. As you can see in the images throughout this post, the leaks about the Fold 2 appear to have been correct, as the Cover Display is significantly larger than it was on the first Fold, the camera array has a new look, and the primary display has ditched the notch for a hole-punch selfie camera.

As expected, the design of the Galaxy Z Fold 2 5G takes a great deal of inspiration from the Galaxy S20 and the Galaxy Note 20, which will be unveiled alongside the Fold 2 on August 5th. In fact, the camera array looks almost identical to that of the housing we saw on the Note 20 Ultra leak that appeared on Samsung’s website.

Of course, the Galaxy Z Fold 2 5G won’t be the only product revealed at the Galaxy Unpacked event next month. Based on a teaser trailer for the event that Samsung shared earlier this week, we should expect to be introduced to the Galaxy Note 20, Galaxy Watch 3, Galaxy Tab S7, and the Galaxy Buds Live as well.

Tune in to the Galaxy Unpacked August 2020 live stream on August 5th at 10 a.m. ET for more details.