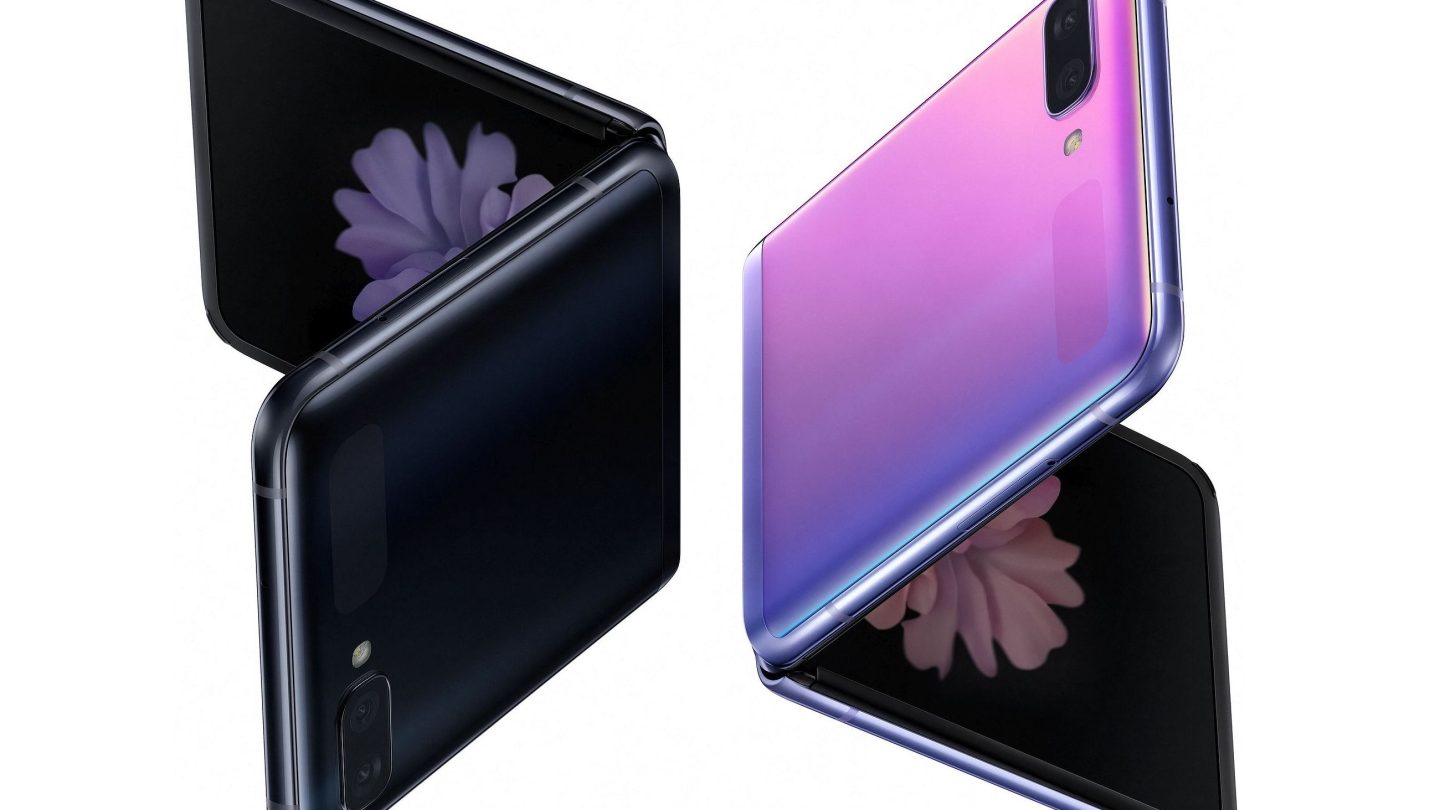 In precisely two weeks, Samsung will unveil its next foldable phone, complete with an entirely new design that should attract even more attention than the Galaxy Fold did last year. Dubbed the Galaxy Z Flip, the new phone has been the subject of dozens of leaks over the past few months, but on Tuesday, we finally saw the first official marketing shots of the device, showcasing its clamshell design and its Infinity-O display.

The image at the top of the page is an official press shot shared by Evan Blass on Twitter. It’s the best look we have gotten at the phone so far, but Roland Quandt also published a series of press photos on WinFuture.de, and although these are all watermarked, we get to see the Flip from a variety of angles:

Beyond all of the images, WinFuture also potentially confirmed the specifications for the Galaxy Z Flip. According to WinFuture, Samsung’s next foldable phone will feature a 6.7-inch Infinity Flex display with a resolution of 2636 x 1080 pixels. Much like the other 2020 Galaxy flagship phones, the Galaxy Z Flip will have an Infinity-O display with a cutout for the selfie camera in the center of the screen. It also has a built-in cover made of “ultra thin glass.”

The Galaxy Z Flip will be competitive with modern flagships in terms of hardware, featuring a Snapdragon 855+ CPU, 8GB of RAM, and 256GB of internal storage. There is a dual-camera system on the back side with two 12-megapixel sensor, one of which has an F / 1.8 aperture, and an ultra-wide-angle sensor with an F / 2.2 aperture. The Z Flip will also pack a 3,300 mAh battery, and will support wireless charging.

According to another recent leak, the Galaxy Z Flip will go on sale on February 14th for around $1,400.