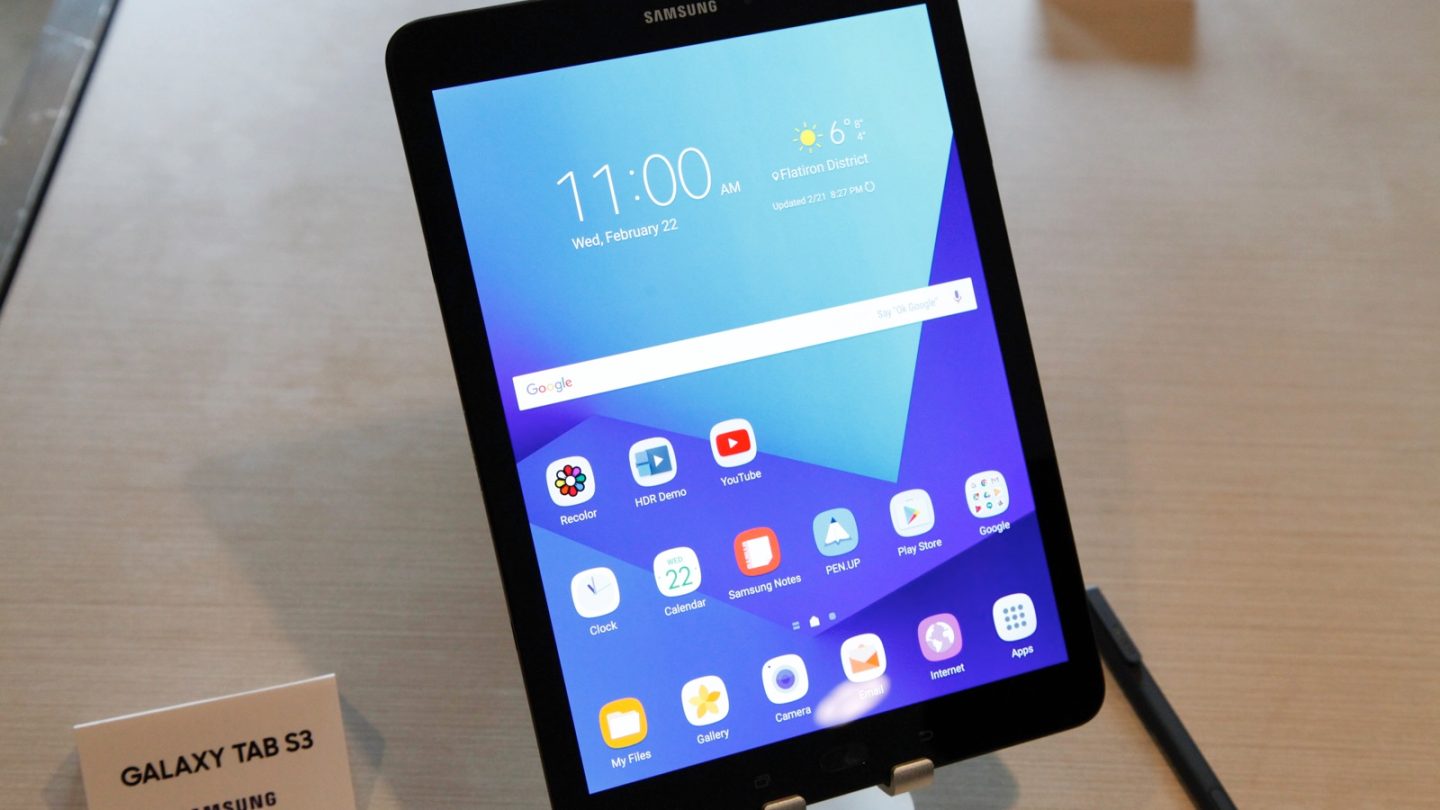 The Galaxy Note 9 announcement is about a month away, which is a lot earlier than regular new Note announcements, but the handset isn’t Samsung’s only new Android device. The company is expected to unveil a brand new tablet at IFA 2018 in early September, the Galaxy Tab S4, or Samsung’s latest answer to Apple’s iPad.

A press render for the Galaxy Tab S4 has just leaked, revealing the device will pack a variety of novel features, some of them not seen on competing products.

Obtained by Android Headlines, the image below shows a device that reminds us of the Galaxy Tab S3 (top image) that the company unveiled at MWC 2017 — that’s the year when Samsung had to postpone the Galaxy S8 launch on account of its Note 7 battery problem.  At the same time, the Tab S4 is nothing like its predecessor, featuring a bunch of design improvements that might make it even more appealing.

The most noticeable change concerns the screen. The bezels have been significantly reduced to accommodate more screen real estate. It’s likely we’re looking at a 10.5-inch screen rather than 9.7-inch. If that size seems familiar, that’s because one of Apple’s iPad Pro models has a 10.5-inch display.

What’s interesting about the Tab S4 is that Samsung killed the home button, to shrink down those bezels. That means there won’t be a fingerprint sensor embedded in it, and one isn’t found on the back, according to the render.

Has Samsung placed the sensor under the screen? That would be a remarkable thing to do, but it seems highly unlikely to see it happen this year. Samsung is rumored to place fingerprint sensors under screens next year at the earliest, starting with the Galaxy S10. On the other hand, while Android device makers do sell handsets with in-display fingerprint sensors, we have not seen one on a tablet. Samsung might want to be the first to try it.

Android Headlines notes that the new Tab S4 tablet does feature cameras that would make iris unlock possible. Iris unlock is also available on high-end Galaxy S and Note models, and should not be confused with face unlock.

When it comes to specs, the Galaxy Tab S4 is expected to deliver 2017-grade high-end Android smartphone specs, including a Snapdragon 835 chip, 4GB of RAM, 64GB of storage, and Android 8.1 Oreo. Interestingly, the tablet is rumored to work with Samsung Dex accessories, just like the most recent Galaxy S and Note phones.

Launch and pricing details have not been leaked, so we’ll probably have to wait for IFA 2018 to find out more.