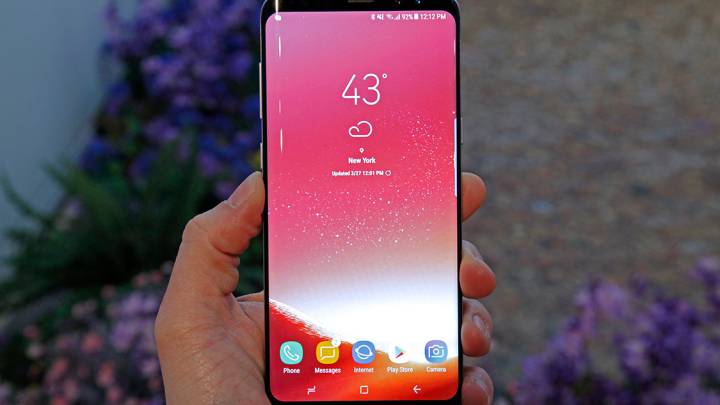 Microsoft might not be getting anywhere at all in the smartphone business when it comes to hardware, but the company’s software is all over Android and iOS. The company also has several patent licensing deals in place with Android vendors that have brought in a ton of cash over the years. With all that in mind, it shouldn’t be too surprising to see a Microsoft-branded Galaxy S8 that just became available for preorder today, no matter how crazy it seems.

It was one thing for Samsung to partner with Google a few years ago to sell a “Google Edition” version of the Galaxy S4. That was a sort of Nexus-like device sold directly by Google to Galaxy S fans who wanted a bloatware-free Android experience. Those days are long gone, unfortunately.

Microsoft is putting even more software on these special versions of the Galaxy S8 and S8+ that will be sold directly in its retail stores across America. However, you can’t preorder them online from Microsoft’s online store.

“A Microsoft customization is applied to the Samsung Galaxy S8 and Galaxy S8+ Microsoft Edition when the devices are unboxed and connected to Wi-Fi,” a Microsoft spokesperson told The Verge. “This customization ensures customers a best-in-class productivity experience with Microsoft applications such as Office, OneDrive, Cortana, Outlook and more.”

It sounds like the special edition phones are regular devices that will get a Microsoft bloatware package when you first connect them to Wi-Fi. Considering that many people use and appreciate Microsoft’s productivity suite, that’s totally fine. And you probably can uninstall any of the extra bloatware if you don’t need it.

What’s interesting is that Office, OneDrive, and Skype all come preinstalled on the regular Galaxy S8 handsets, just like they did with the Galaxy S7 and Galaxy S6. It’s likely a result of a deal between the two companies following a patent fight a few years ago. But the Microsoft Edition also includes Outlook and Cortana. And yes, that means you’ll have three virtual assistants on the phone: Samsung’s Bixby, Google’s Assistant, and Microsoft’s Cortana.

It’s unclear how much the special edition phone costs, and whether it will be available unlocked. However, you’d probably have to be a hardcore Microsoft and Samsung fan to go for this Galaxy S8 option, especially if you have to pay full sticker price to get it.