The phone in the images below looks a lot like the Galaxy S20 renders we saw a few months ago. First of all, the render below confirms the name of the new Galaxy S series. Again, it’s Galaxy S20 instead of Galaxy S11, and this particular device comes with 5G support:

On the front, there’s an all-screen Infinity-O display with tiny, almost symmetrical bezels — the bottom one is still slightly bigger than the top bezel. The hole-punch camera is placed dead in the middle, which is what Samsung did with the Note 10 last year. But xda-developers, which obtained the images from a trusted source, says the selfie camera hole is smaller. 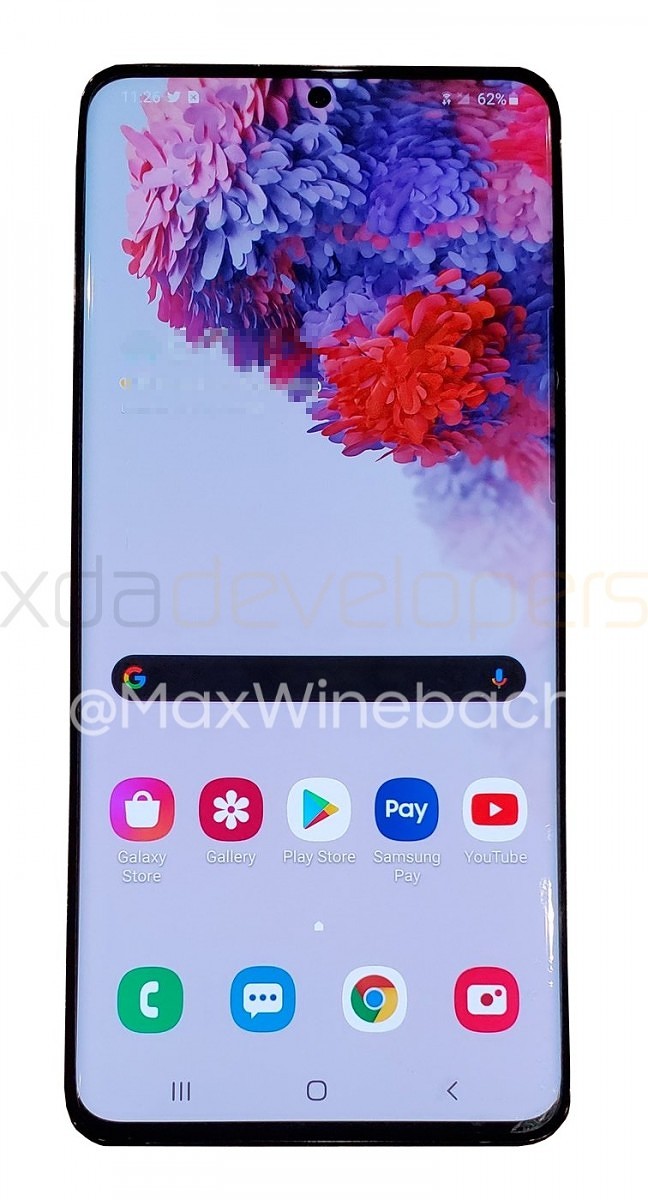 What’s also interesting is that the curved edges are almost absent. That’s a surprising detail for a company that pioneered edge displays with the help of its Galaxy Note and S series. Many Android rivals copied the design, including Nokia, OnePlus, and Huawei, with the latter taking it to extremes — the so-called waterfall display of the Mate 40 Pro. The Galaxy S20 uses 2.5D glass instead of a regular curved display, the report notes. That also explains why the Galaxy S10e’s successor won’t have a perfectly flat screen.

On the back, we have a familiar camera module when it comes to design, as the camera hump looks a lot like the iPhone 11 and Pixel 4. But it does have more cameras. We have four sensors inside the camera module, although the rumored periscope 10x zoom camera isn’t one of them. The phone is rumored to feature a 12-megapixel primary camera with 1.8μm pixels. The Galaxy S20 Ultra, meanwhile, is expected to feature Samsung’s new 108-megapixel camera and the periscope camera. 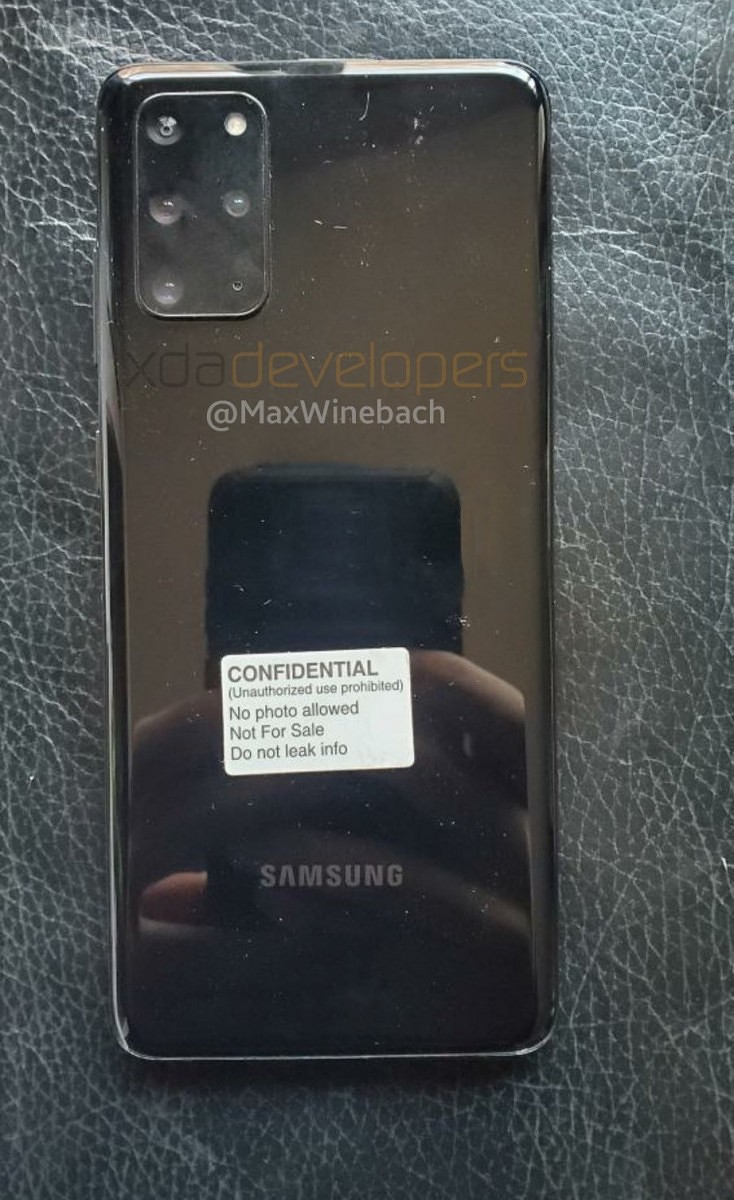 The Galaxy S20 and S20+ will come in both 4G and 5G flavors, xda says, but the US might only get the 5G variants. It’s unclear what happens with the Ultra when it comes to cellular connectivity, but previous rumors did say the phone will be available in five versions.