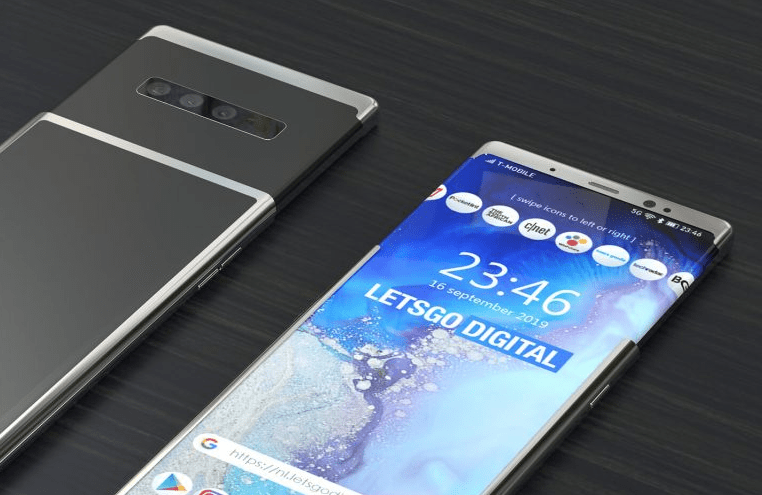 Assuming Samsung still moves ahead with S-series handsets early next year, it’s likely that we’ll get a trio of Galaxy S11 variants topping out with a Plus-branded size at the high end — and maybe even wowing fans of the brand with an innovative new design. We say “assuming” Samsung presses forward with an S11 in early 2020, because as we noted on Monday a rumor has begun to circulate (attributable to well-known leaker Evan Blass) that Samsung will merge its S and Note handset brands, producing something new possibly in lieu of an S11 next year.

Meanwhile, Samsung’s design teams are still hard at work behind the scenes and have just patented a stylish-looking slider design that could very well end up a part of the S11, should Samsung end up moving forward with it after all.

At the end of August, a patent Samsung filed earlier this year with the United States Patent and Trademark Office was published that depicts a smartphone with a retractable screen. The patent, spotted by Dutch tech news blog LetsGoDigital, shows a compact slider device that easily fits in a pocket when it’s folded up and includes a rounded screen with a waterfall display. As shown in the patent documentation, you pull upwards to extend the screen. Fully extended, there’s about 25% more display space.

Other design details as envisioned in the patent:

You have to pull out the phone completely in order to utilize the back cameras. That also means in its most compact orientation the back cameras stay hidden and protected from scratches and debris. It seems that there’s also space in the upper portion of the screen for the speaker and front-facing camera.

You could almost look at a design like this and feel like it’s an example of Samsung hedging its bets, trying to offer consumers something new along the same lines as the Galaxy Fold — with its novel way of introducing extra screen space — without making the same bold leap as the Fold. Which is something that not every consumer will warm to anyway. This design, though, feels much more traditional and approachable, providing a pleasant but unambitious design twist for the Galaxy S11 — again, assuming Samsung decides to actually make and release such a model. Rumors of its merging with the Note brand are, for now, just that — rumors.