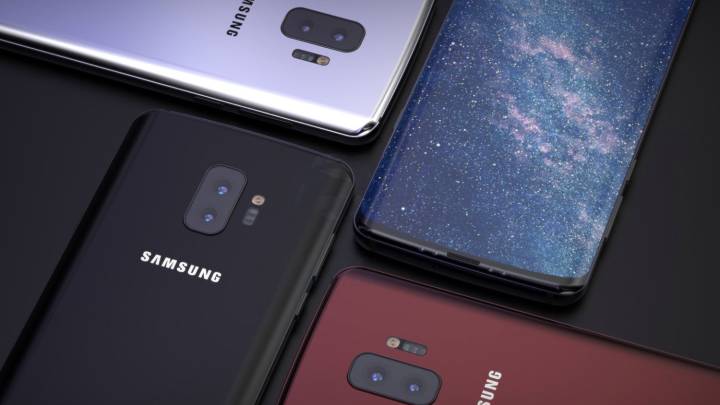 Samsung is about to launch the Galaxy Note 9, but we already have plenty of rumors that cover far more exciting upcoming Samsung devices that are supposed to hit stores only next year. That includes the Galaxy S10 and the first foldable smartphone super Samsung. The Galaxy S10 will to mark the tenth anniversary of Samsung’s Galaxy S series, and reports already say it’ll pack a bunch of exciting new features and design changes. The list includes a more impressive screen-to-body ratio, up to three cameras on the back and two on the front, and a feature no other phone has, an ultrasonic fingerprint sensor built right into the screen.

In the meantime, a newly published patent application titled Electronic device having a biometric sensor reveals that Samsung has indeed been studying ultrasonic fingerprint sensors for displays. The company only filed the paperwork for the patent on January 22nd, 2018, according to the application that USPTO published a few days ago.

From the drawings alone, it’s clear that Samsung is describing technology that could be used to place a fingerprint sensor somewhere inside the various layers of the display.

Like any patent, the documentation is meant to be as ambiguous as possible so as not to reveal any details that could be tied to existing plans for future devices. Just look at the images Samsung is using above and below to demo the technology. Nobody would put fingerprint sensors in the display of a phone that also has a physical home button. (Although you might do it on a special edition overkill Android phone, which has a fingerprint sensor inside the screen, and on the back.)

At the same time, the patent also covers all the bases, and that’s why Samsung is also using the following all-screen phone concept:

Samsung mentions ultrasonic technology throughout the patent, although the patent isn’t only about ultrasonic fingerprint sensors. In fact, the patent notes that ultrasonic sensors could be used to transmit data between the mobile device and an accessory like an S Pen. Here’s how Samsung describes the feature for the device in the schematic that follows the quote (emphasis ours):

The pen sensor 254 (e.g., a digital pen sensor), for example, may be implemented by using a method identical or similar to a method of receiving a touch input from the user, or by using a separate sheet for recognition. For example, a key pad or a touch key may be used as the keys 256. The ultrasonic input unit 258 enables the terminal to sense a sound wave by using a microphone (e.g., a microphone 288) of the terminal through a pen generating an ultrasonic signal, and to identify data. The ultrasonic input unit 258 is capable of wireless recognition.

Later in the patent, Samsung notes that ultrasonic transmission and reception modules may be placed inside the layers of the screen.

That said, there’s no guarantee that the Galaxy S10 will have an ultrasonic fingerprint sensor in the screen just because Samsung patented technology that would describe such features for future devices. Where there’s smoke there’s fire though, and several independent reports from reliable sources have made this claim. This would be a feature no iPhone has, and a feature that will be exclusive to the Galaxy S10 for a while before other Android device makers adopt it.