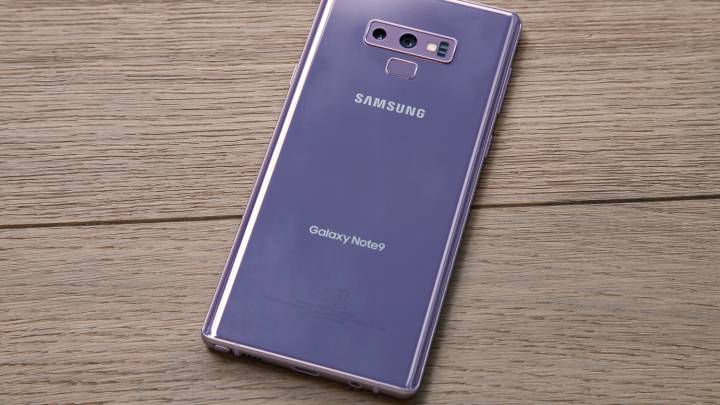 Samsung’s Galaxy Note 9 is surely one of the best Android handsets you can buy right now, although it also happens to be one of the most expensive phones ever. Similar hardware is available for prices well below $400, although you won’t get the same high-end experience as you will with the $1,000 Note 9. The phone has plenty of neat tricks including a dual-lens camera with variable aperture, a smarter stylus, a beefy 4,000 mAh battery, up to 512GB of internal storage, a desktop mode that doesn’t require any accessories, and a heat dissipation system that’s not available on other phones.

The Note 9 isn’t the first phone to come with a water-based heatsink supposed to improve cooling. We’ve seen it on previous Samsung flagships starting with the Galaxy S7. But Samsung has dramatically improved its Water Carbon Cooling System, which is what it calls the heatsink on the new Note 9.

Samsung explained in a blog post how the cooling system works:

When we launched the Galaxy S7, we introduced a new type of water-based cooling into our phones. It used a porous thermal spreader filled with water, which absorbed the heat and turned into steam and then carried the heat away through a pipe. Once the heat dissipated, the steam condensed into water again. This system was the blueprint for the Water Carbon Cooling system in the Galaxy Note9, but we wanted to make it bigger and more efficient.

For the Note 9, Samsung added a layer of copper between the Thermal Interface Materials of previous designs, to “transfer more heat between the two materials for more efficient heat dissipation.”

As you may have seen in Galaxy Note 9 teardowns, (or the image above), the phone also has a wider thermal spreading pipe, measuring 350 cubic mm, more than three times larger than the Galaxy S9’s 95 cubic mm. The S9 packs the same processor as the Note 9, but the latter might offer better peak performance thanks to the improved cooling system.

The only way to test whether it works is to go through extensive gaming sessions or use the Note 9 in PC mode by hooking it up to a monitor and using plenty of apps at the same time. The recently launched Poco F1 phone also features a liquid cooling system that may have helped the phone nearly beat one of its biggest rivals, the OnePlus 6, in real-life speed tests.