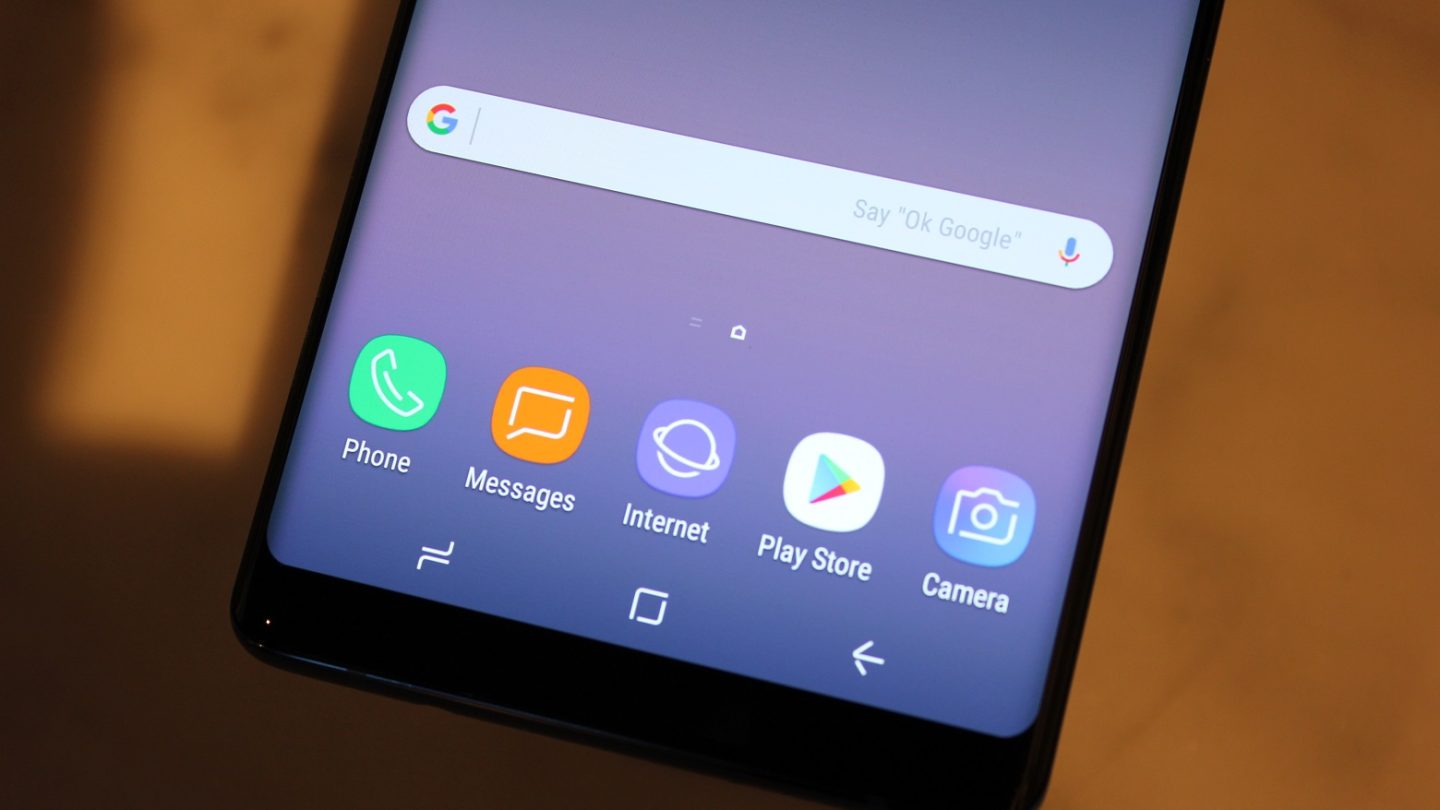 There are few modern smartphone innovations more intriguing than that of the in-display fingerprint sensor. Allowing smartphone makers to include biometric scanners on their flagships without compromising design is an achievement worth celebrating, but we haven’t seen any of the major brands adopt the technology quiet yet. But all signs point to Samsung taking a chance on in-display sensors soon, as a new patent was uncovered this week.

Less than two months ago, a report suggested that Samsung was testing three or four solutions to embed the sensor inside the display of the Galaxy Note 9. We still don’t know for sure if Samsung opted to go with the in-display sensor, but if it did, this patent may describe the method by which the technology will work.

Unearthed by 91mobiles this week, the patent shows the module being placed at the bottom of the display, similar to the location of the in-display sensor featured on the Vivo X20 Plus UD. We had a chance to go hands-on with the Vivo smartphone — which utilizes Synaptics’ Clear ID technology — earlier this year:

According to the patent, the module receives the user’s touch input on the sensing region of the display, determines the touch region that corresponds with the input, changes the color and brightness of the touch region, acquires the fingerprint data using the change in light or color, and finally performs user authentication.

It sounds virtually identical to the Synaptics Clear ID method, but there has been no confirmation that Synaptics is involved. Rumors have been pointing to the Galaxy Note 9, which should be out in August or September, as the first Samsung phone to include the in-display sensor, but we might have to wait for the Galaxy S10.