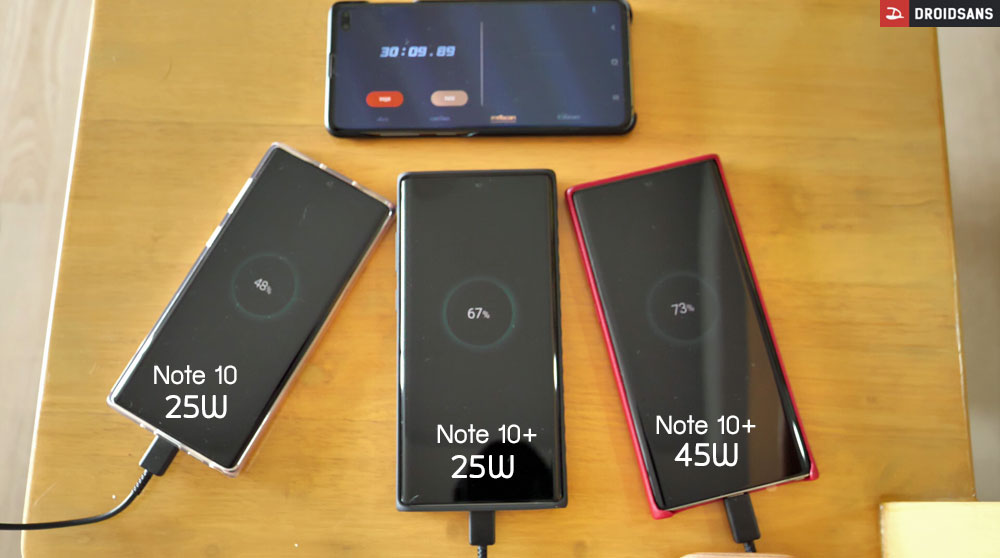 In our review of the Galaxy Note 10+, we noted that one of its standout features was its support for 45W Super Fast Charging, but we weren’t able to test it ourselves. In fact, even if you bought a Galaxy Note 10+ today, you would not be able to test the functionality either unless you picked up a 45W charger separately.

The Galaxy Note 10+ comes with a 25W charger in the box, but if Samsung is charging $49.99 for a first-party 45W charger, it must be a significant upgrade over the included charger, right? Not according to a test from Thai tech blog DroidSans (via SamMobile), which shows negligible differences between the two.

It’s worth noting that this is just one test, and a variety of factors could have influenced the results. That said, having spent over a week with the Galaxy Note 10+ and the pack-in 25W charger, I was thrilled with how quickly the phone was charging. In other words, you’re probably fine with the charger Samsung gave you.