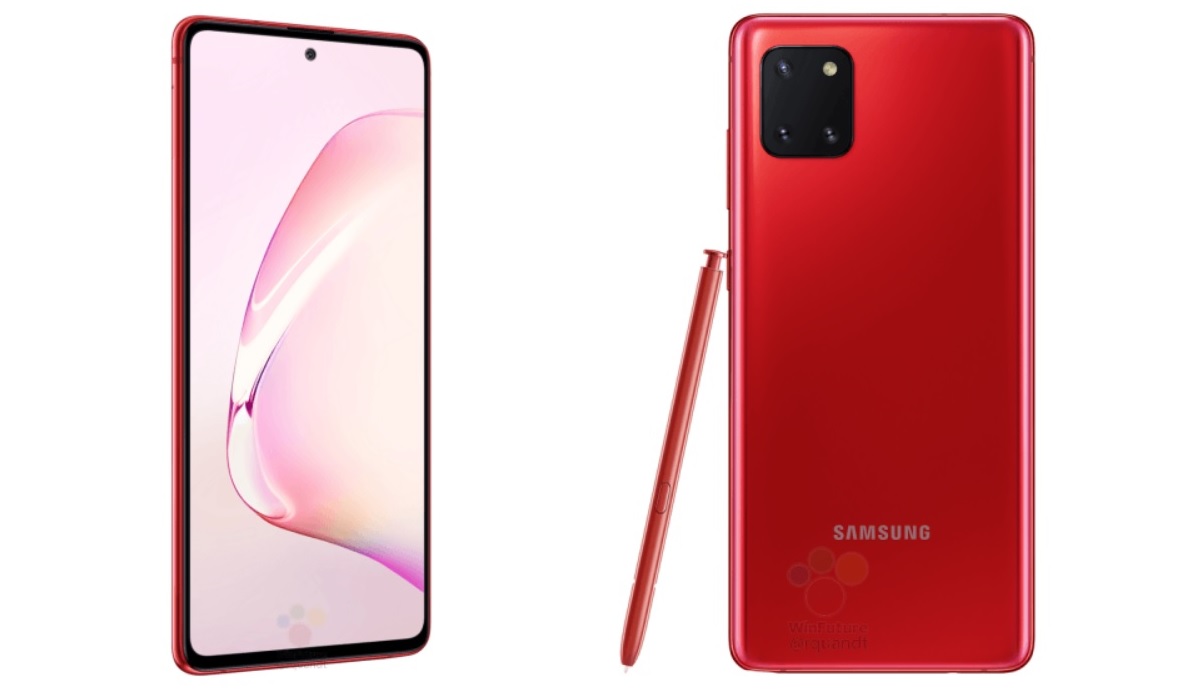 We’ve been hearing rumors about budget versions of the 2019 Samsung flagship phones for months now, but we’ve had to rely on artist renders and assumptions up to this point when it comes to the design. That changed on Tuesday, when WinFuture shared several purported official marketing renders of the Galaxy Note 10 Lite, perhaps offering up an early look at the future of Samsung’s design philosophy for its flagship smartphones.

While there are plenty of similarities between the Galaxy Note 10 Lite and its “heavy” counterpart, such as the Infinity-O display with the selfie camera cutout in the center of the screen and the inclusion of the S Pen, the Lite model has adopted a similar rectangular rear camera module to that of the Galaxy A51.

Not only have all of the S10 Lite and Note 10 Lite leaks up to this point featured a similar camera, but this is expected to be a design feature that will carry over to the upcoming Galaxy S11 and Note 11 as well. As Samsung continues to add more lenses and sensors to its phones, it just won’t be possible to stuff them all in a single vertical or horizontal line, as we’ve seen on recent Galaxy phones. In all likelihood, this is the next step.

Another notable design change from the Note 10 to the Note 10 Lite is the relatively flat display. Samsung has been championing curved displays for years, but the Lite panel is said to be similar to that of the Galaxy S10e, which also features a flatter panel. Other than that, it looks a whole lot like a Galaxy Note 10.

WinFuture didn’t have anything new to share regarding the phone’s specifications, but the Note 10 Lite is expected to have a Snapdragon 855 processor, a triple-lens rear camera with a 48-megapixel primary shooter, and a starting price of around 670 euros (~$750). An official announcement should be forthcoming.