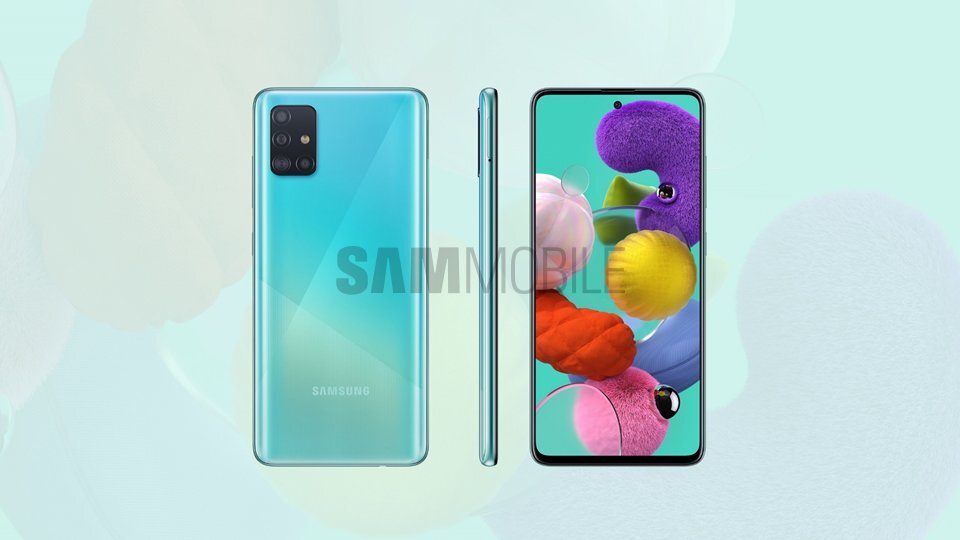 There’s a chance that we won’t see any more Galaxy S-branded smartphones from Samsung until 2020, but at least one other phone from the South Korean company may be launching this month. According to SamMobile, Samsung will unveil the Galaxy A51 on December 12th, which Samsung Vietnam hinted at a few days ago.

In addition to sharing the specifications and launch date of the Galaxy A51, SamMobile also published press renders of the phone, and it appears to be adopting many of the same design changes as the Galaxy S11 series. Not only has the emblematic Infinity-O hole-punch cutout moved to the top-center of the display, but the camera array is the same large, rectangular shape we’ve seen on other leaked Samsung phones as well.

SamMobile says that the Galaxy A51 will retain the 3D Glasstic build of the latest A series devices, but the physical buttons have moved to the right side of the phone (as we expect them to on the S11) and there are new pastel color combinations, many of which you can see in the leaked render below:

As for specifications, SamMobile reports that the A51 will feature a 6.5-inch Full HD+ AMOLED display, Exynos 9611 processor, 4/6GB of RAM, and 64/128GB of storage, depending on the variant. There will be an in-display fingerprint sensor, too, and a 4,000mAh battery with support for 15W fast charging.

But the star of the show is clearly the quad-camera system on the back of the phone. Although the price hasn’t been confirmed, this will likely be the cheapest quad-camera phone Samsung has ever released. SamMobile says the four sensors will stack up like this: 48-megapixel f/2.0 primary sensor, 12-megapixel ultrawide f/2.2 shooter, 5-megapixel depth sensor, and 5-megapixel f/2.4 Macro camera. There will also be a 32-megapixel f/2.2 front camera.