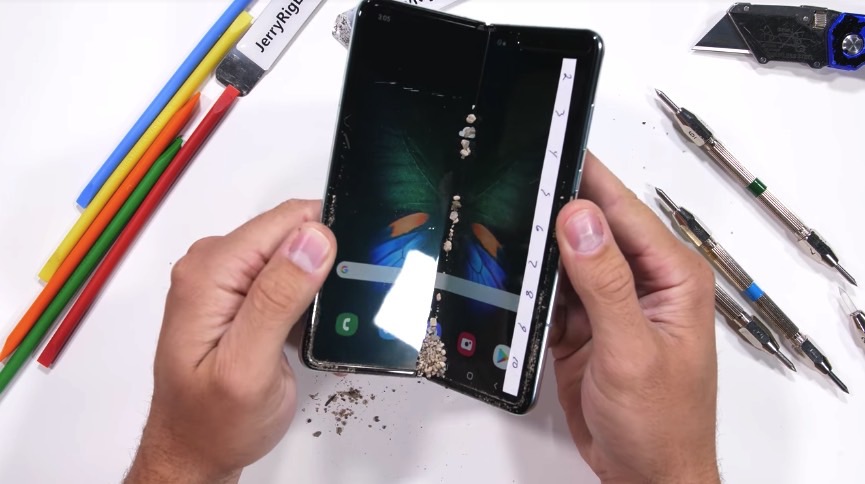 Samsung is about to launch the Galaxy Fold in the US, and we’ve already warned you multiple times that it’s a not a great idea to spend $2,000 on the first-gen foldable. Sure, Samsung fixed some of the flaws that affected the review units, but the handset is far from close to being as durable as a traditional smartphone.

As we learned from a recent durability test, the Fold has two issues you should be aware of. First of all, dust, sand, and any other tiny particles can get into the phone and remain stuck inside the hinge. But the more important issue concerns the delicate screen, which is easy to scratch and pierce. Once the screen is destroyed, you’ll have to replace it, and now we know just how much these replacements will cost consumers.

Galaxy Fold screen repairs will be free of charge under the standard one-year warranty, Samsung informed BGR. That means Samsung will fix your broken foldable screen if the damage is covered by warranty. The good news is that you’ll have to go in person to pick up a Galaxy Fold, so there’s no chance it’ll be destroyed during shipping. Also, those one-to-one meetings will include tips on how to use and take care of the Fold — and you’ll find the same instructions and warnings inside the retail box.

For any other screen defects that you might observe, and which aren’t caused by mishandling the device, you should get in touch with your Samsung Premier contact for repairs. Just like any phone, it’ll take a while to get used to the new form factor, but once you’ve learned how to hold, unfold, and fold the handset, you should be able to avoid breaking the screen during regular use. Of course, accidents do happen.

If you break the display on your own, we have good news for you. Samsung will offer buyers a one-time screen replacement for $149, which is a lot more affordable than we would have guessed. The Verge reports the one-time deal applies only to buyers who get the Fold before December 31st, 2019.

What happens if you break the screen again after that first repair? You’ll have to shell out $599 for each successive display replacement, Samsung said. That’s expensive, but then again, you just spent $2,000 on a phone. That said, if you break the display more than twice, maybe foldable phones aren’t for you.

The Galaxy Fold launches in the US on Friday at AT&T, Best Buy, and Samsung Experience stores.