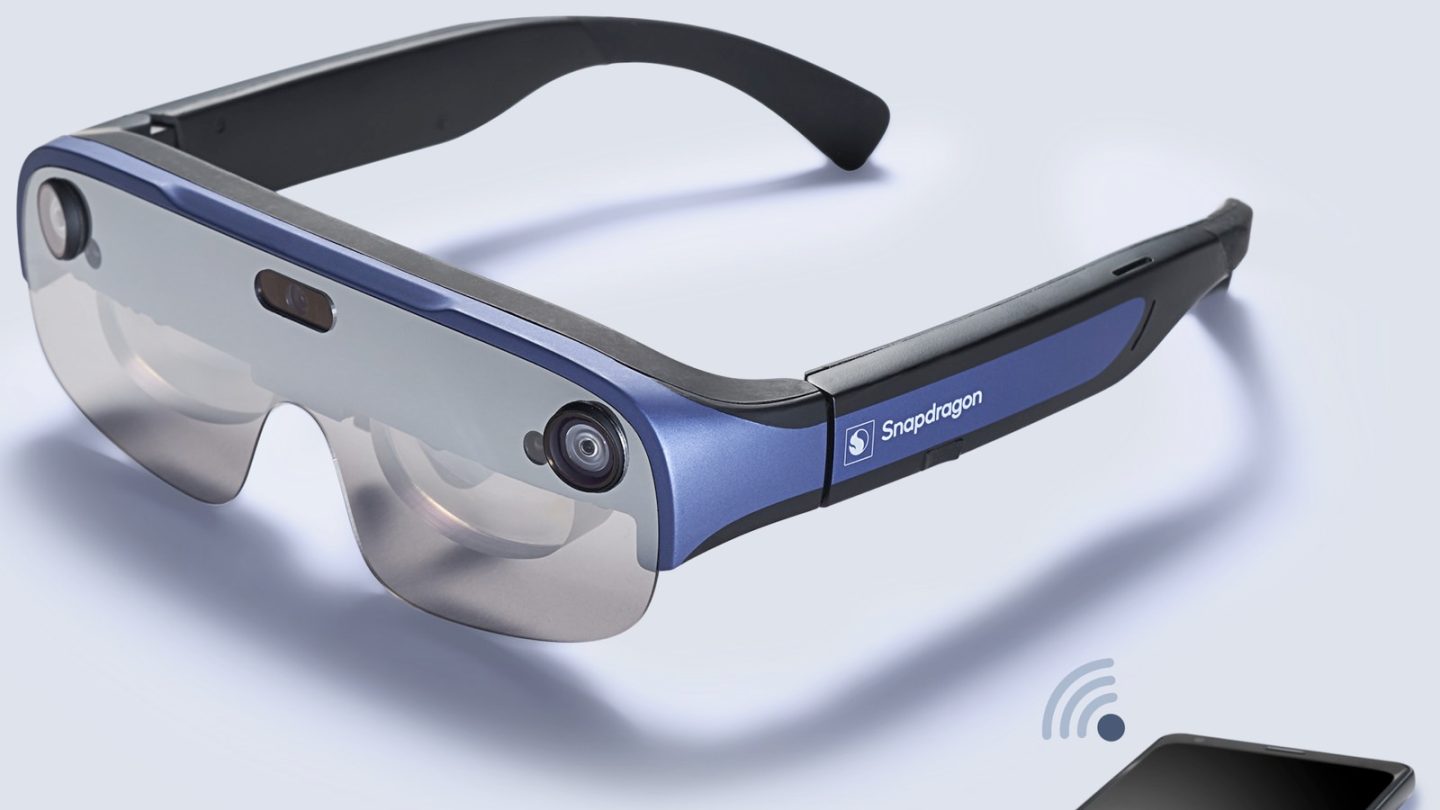 Apple might be demoing its sophisticated mixed reality glasses only to the board, but Qualcomm is ready to show the world its next-gen Smart Viewer AR glasses featuring the Snapdragon XR2 Platform. This is a reference design like the previous-generation model, so you can’t buy it in stores. Also, like the first-gen model, the new Smart Viewer is bulky and ugly.

But Qualcomm is marching forward towards a future where AR glasses might be as unobtrusive as a pair of prescription goggles. And the company just delivered the most important thing AR glasses of the future will need in order to become ubiquitous. They need to be wireless gadgets, like Qualcomm’s new Wireless AR Smart Viewer.

If you need to hook AR glasses to a computer or smartphone via a cable, then you probably won’t want to bother. After all, we live in a world where devices support faster and more reliable wireless technologies, including 5G, Wi-Fi 6/6E, and Bluetooth 5.

The chipmaker doesn’t intend to manufacture these glasses, however. The point of a reference design like this is to show interested tech companies what can be accomplished with current technology.

Qualcomm does not want to manufacture AR and VR glasses of its own. But it does want to supply partners with the chips that make enable wireless AR and VR experiences.

For example, the new FastConnect 6900 chip will be a required component on smartphones and PCs that can deliver AR experiences to glasses like the second-gen Smart Viewer.

Qualcomm says the Wireless AR Smart Viewer lets you split the processing between a smartphone and a wearable device.

It’s unclear what the device can do on its own when it comes to AR experiences. But that’s where the new low-latency feature comes in handy. AR glasses don’t have to process data as long as they can stream it really fast from nearby devices.

In terms of specs, the Qualcomm AR glasses come from Goertek, which produced the reference design for the chipmaker.

The headset is 40% thinner than the previous model, featuring better weight distribution for improved comfort. The Smart Viewer glasses feature a dual micro-OLED binocular display that delivers 1920 x 1080 resolution per eye. The glasses also support refresh rates of up to 90Hz.

Two monochrome cameras and an RGB camera sit on the outside, facing forward. They enable six-degrees of freedom (6DoF) head tracking and hand tracking. Gesture recognition is also included. That means you might be able to interact with AR objects using your hands.

The 115g Wireless AR Smart Viewer features a 650 mAh battery that’s good for 30 minutes of demanding virtual experiences. Needless to say, that’s not going to cut it. But simpler AR experiences might not require as much power.

Moreover, the device will support external batteries. Of course, that would involve a wired connection to a different gadget. That’s still not what we want from AR glasses.

With all that in mind, there’s no telling when something like the Wireless AR Smart Viewer might hit store shelves. Qualcomm says it’s working with unnamed manufacturers, which are sampling the reference design.