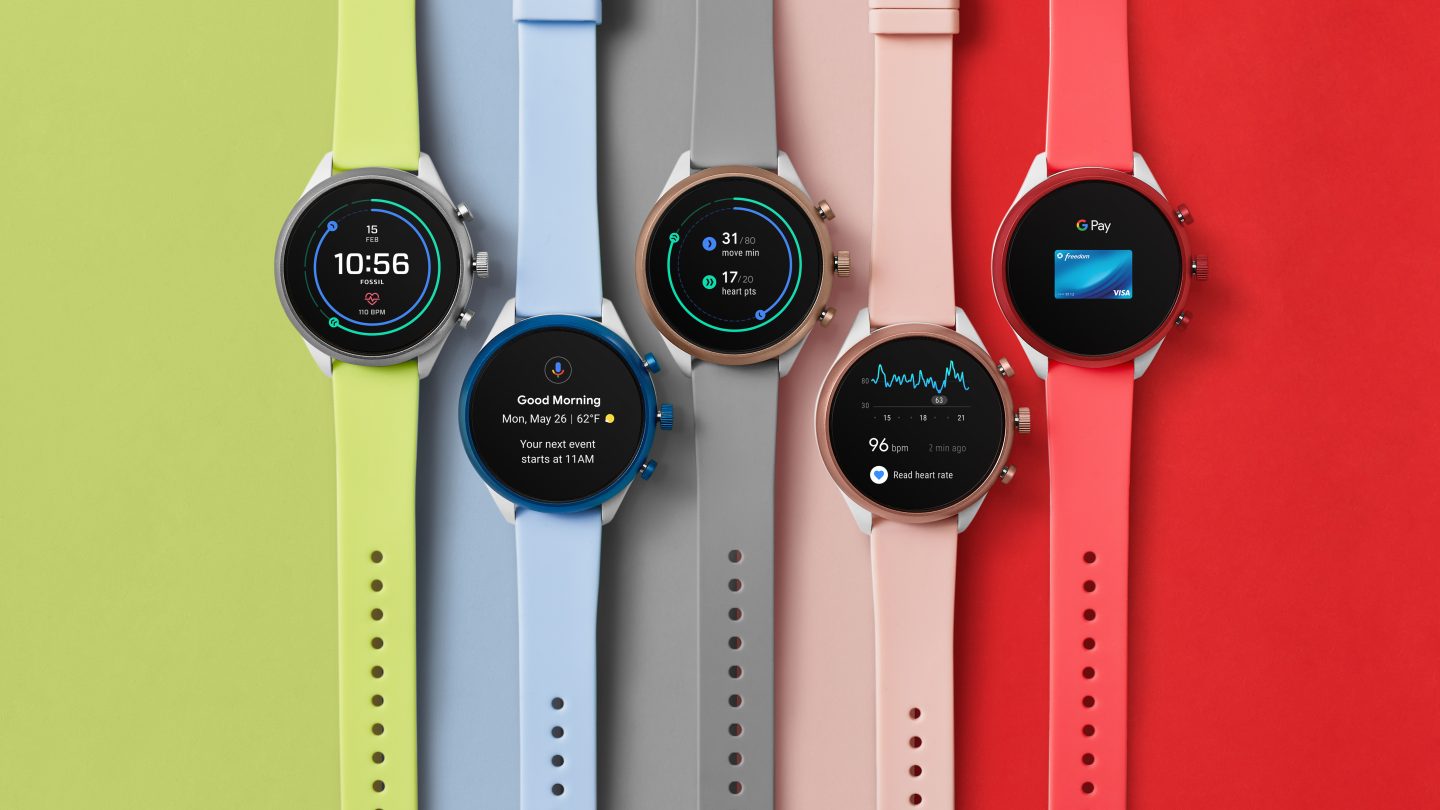 Fossil is announcing a new addition to its lineup of wearables today, the Fossil Sport — a Wear OS smartwatch that the company says is its lightest, among its most colorful to date and also sports the newest wearable chipset from Qualcomm.

The watch houses a 350 mAh battery, and the company says you should be able to get more than a day’s worth of battery life out of the device. The battery-saving mode also adds an additional two extra days of limited usage. Meanwhile, the Fossil Sport launches with six colorways, two case sizes (41 and 43 mm), plus a variety of strap options.

Pankaj Kedia, senior director for product marketing at Qualcomm, said the new watch is built on a blending of “technology, fashion and fitness.”

“Over the last three years, Fossil and Qualcomm have collaborated closely to launch a series of products and have led the Wear OS by Google smartwatch segment,” Pankaj said in a statement. “The Fossil Sport smartwatch represents our best efforts yet, made possible through the combination of Qualcomm’s world class Snapdragon Wear 3100 platform and Fossil’s ingenious pulse of the evolving consumer needs.”

Among the watch’s other features, a redesigned Wear OS brings what the company promises is a simplified and improved UI built around quick swipes to access information faster. Users also get the benefit of proactive help from the Google Assistant as well as health coaching tips via Google Fit, and Fossil has also created three watch faces that integrate Google Fit to show progress towards two new activity goals we’ve reported on previously. They are Move Minutes and Heart Points, both of which Google Fit designed based on health recommendations from the World Health Organization and the American Heart Association.

Beyond that, the Fossil Sport also features rapid charging that allows for the watch to be almost completed charged inside of an hour, and it comes with new apps like Spotify auto-installed. It will retail for $255 and be available for purchase starting today at www.fossil.com and in select Fossil retail stores globally on November 12th.