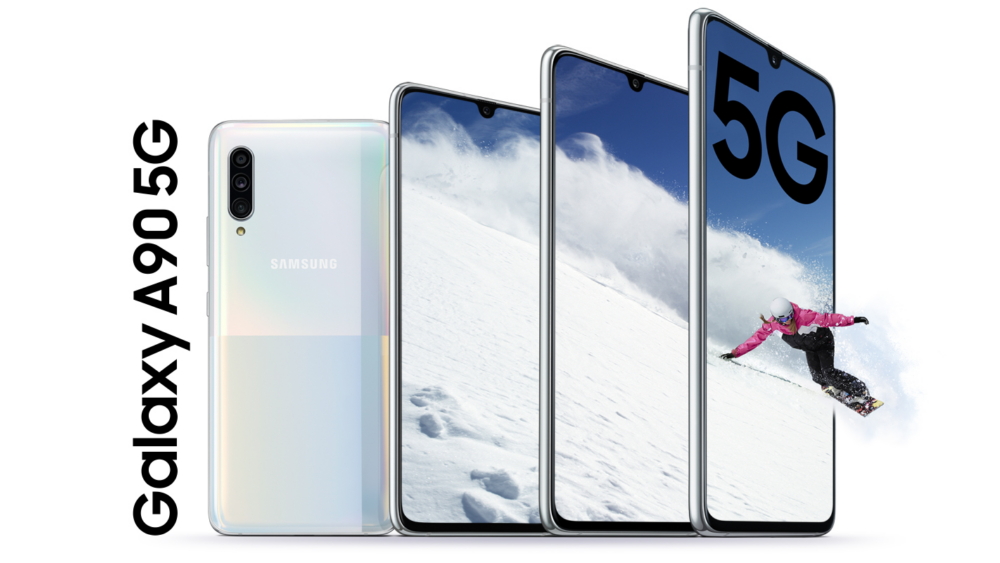 Samsung already launched two 5G handsets this year, including the Galaxy S10 5G and the Note 10 5G, with the latter having been unveiled less than a month ago. Both of them are on the pricier side of things, so if you want to experience whatever limited 5G networks are available in your area on an affordable Samsung phone, the S10 and Note 10 aren’t it. However, Samsung just unveiled the cheaper 5G flagship we were waiting for, the Galaxy A90.

To be fair, Samsung hasn’t actually specified the price for the handset, and the A90 might not be available everywhere in all markets at once. But the phone can’t possibly be as expensive as the other Samsung 5G phones, given that it features several compromises.

Design is, unsurprisingly, one of them, as the Galaxy A90 5G packs a flat OLED display with a notch at the top and a tiny chin at the bottom — that’s a 6.7-inch Full HD+ Infinity-U panel, by the way. Comparatively, the S10 and Note 10 phones feature curved screens with hole-punch displays. The A90 does come with an in-display fingerprint sensor, however, as well as 2D face recognition support.

Otherwise, we’re still looking at a glass sandwich design for the A90, but the phone only comes in black and white, with some sort of geometric pattern decorating the rear panel.

One other compromise concerns the primary camera, which won’t live up to the S10 and Note 10 performance. It’s still a triple-lens shooter, featuring a 48-megapixel primary camera, 8-megapixel ultra-wide lens, and 5-megapixel depth sensor. A 32-megapixel selfie cam, meanwhile, is placed on the front.

When it comes to specs, however, the A90 should match the performance of Samsung’s flagships, featuring a Snapdragon 855 processor, complete with 5G support. The phone comes in 6GB and 8GB versions when it comes to RAM, but only in a single capacity version, 128GB. Strangely enough, just the 6GB model has a microSD slot.

The 4,500 mAh battery supports 25W Fast Charging, the same tech available on the Note 10, but there’s no wireless charging for this one, not according to the press release.

If it wasn’t clear by now, Samsung isn’t doing headphone jacks any longer, and the A90 doesn’t have a 3.5mm audio port either.

All things considered, the Galaxy A90 does look like Samsung’s best alternative for the cheaper OnePlus 7 Pro 5G that was unveiled earlier this year. The OnePlus 7 Pro costs $840, while the Note 10 5G starts at $1,299.

The phone will launch in Korea starting with September 4th, with other markets to follow.