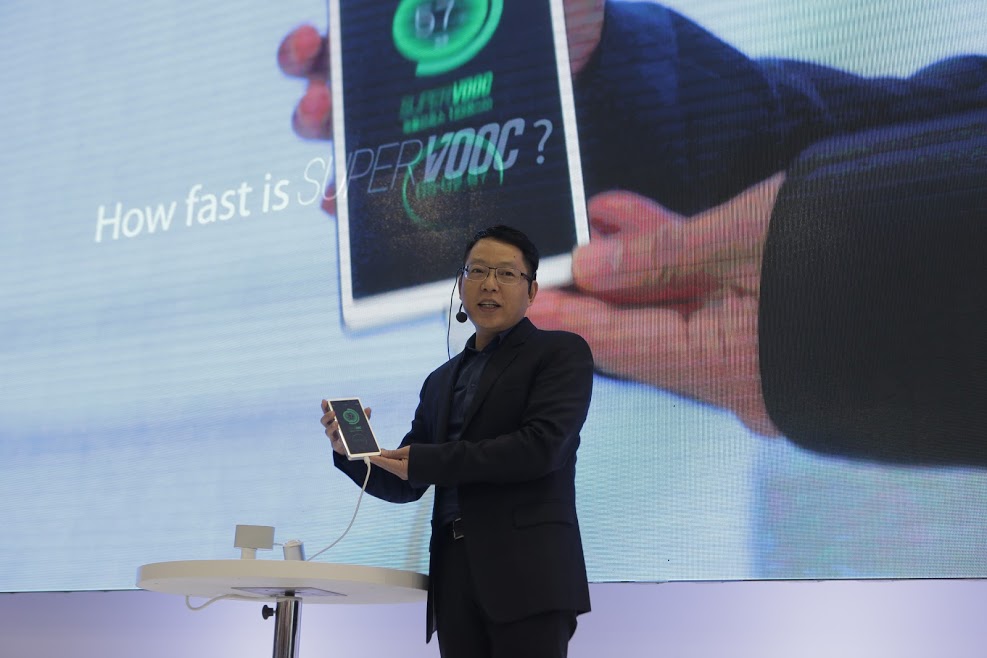 In the future, we’ll never have to worry about charging our smartphones again because they’ll always be charging, even while they’re sitting in our pockets. And best of all, that future isn’t as far away as you might think. We recently covered mounting evidence that Apple is working with Energous to build long-distance wireless charging into an iPhone that might even launch in the next year or two. It will be the biggest disruption in the smartphone market since the first iPhone was unveiled more than seven years ago.

But Apple isn’t the only company working on disruptive new battery charging technology. While the Cupertino-based company may or may not be working with Energous behind closed doors, a Chinese smartphone maker just unveiled new tech that can fully charge a smartphone in just 15 minutes.

Let’s be honest: even with “fast charging” out there, we still constantly find ourselves pulling the plug as we run out the door long before our smartphones are fully charged. And as we all know, the difference between an 80% charge and a 100% charge can be huge when you’ve got a day full of meetings.

Fresh off of its announcement that it shipped more than 50 million smartphones in 2015, Oppo on Tuesday unveiled its latest advancement in smartphone charging — which just so happens to be one of the most exciting developments we’ve seen so far at this year’s Mobile World Congress trade show.

The company’s new fast charging tech is called SuperVOOC and Oppo says that it can charge a 2,500 mAh smartphone battery from empty to full in just 15 minutes. And it uses standard MicroUSB or USB Type-C cables with no fancy upgrades. Of note, Qualcomm’s latest fast charging technology takes more than twice as long to charge a similarly sized battery to just 80%.

To further put Oppo’s achieve in perspective, 2,500 mAh is far bigger than the iPhone 6s’ 1,715 mAh battery. In fact, it’s nearly as big as the iPhone 6s Plus’ 2,750 mAh battery. Imagine being able to charge your phablet in under 20 minutes.

And now, the bad news: Oppo hasn’t given a firm timeline of when this tech might reach the public, though it shouldn’t be too far off.