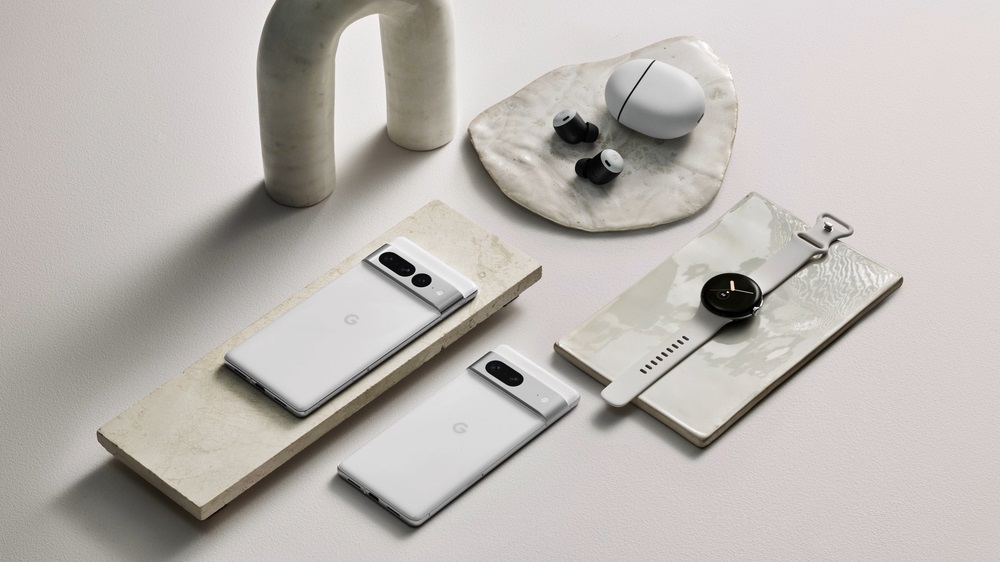 The latest Made by Google launch event took place on Thursday morning, and as expected, the Pixel 7 was the star of the show. But that wasn’t the only device to make its debut at the event. If you want to know more about all of the big hardware announcements from Made by Google ’22, we’ve got you covered in this post.

Made by Google ’22 hardware roundup

Here’s a full list of the new devices Google announced at the Pixel 7 launch event:

Not only did Google reveal the designs of the Pixel 7 and Pixel 7 Pro back in May, but we also saw leaked renders of both phones last week. Nevertheless, the two flagship Pixel 7 models made their formal debut on Thursday.

Save for the new look of the rear camera, the design of the Pixel 7 is virtually identical to that of the Pixel 6, but the screen shrunk from 6.4 inches to 6.3 inches. This has allowed Google to pack “more features and improvements into a smaller profile.” Those improvements include the new Tensor G2 processor, a 10.8-megapixel selfie camera, and up to 72 hours of battery life in Extreme Battery Saver mode.

The Pixel 7 Pro has the same Tensor G2 chip, but also features a 6.7-inch, 120Hz display. The ultrawide camera has a wider field of view, the telephoto camera’s Super Res Zoom jumped from 20x to 30x, and optical zoom increased from 4x to 5x.

Finally, Google has its own first-party Apple Watch rival. The Pixel Watch features a circular, domed display with a stainless steel body, a tactile crown for on-screen scrolling, and a side button to open recently-used apps. Pixel Watch comes in one size — 41mm — and there are 20 available band choices. There are also 19 customizable watch faces.

The Pixel Watch runs Google’s Wear OS 3.5 software. Inside the watch are Samsung’s Exynos 9110 processor, 32GB of storage, and 2GB of RAM. It supports Bluetooth 5.0, NFC, and works with GPS, GLONASS, BeiDou, and Galileo satellites.

Google’s Pixel Watch will be available on October 13 and will cost $349 for the Bluetooth/Wi-Fi model, and $399 for the 4G LTE model.

Coming in 2023, the Pixel Tablet will feature the same Tensor G2 chip as the Pixel 7 and Pixel 7 Pro. Google will sell a charging speaker dock that will basically turn the Pixel Tablet into a Nest Hub. You can then use it as a smart display to play music, make video calls, and more. The tablet will also come in white and green colorways. Google wasn’t ready to share any additional details about the specifications, but we’re sure to learn more next year.