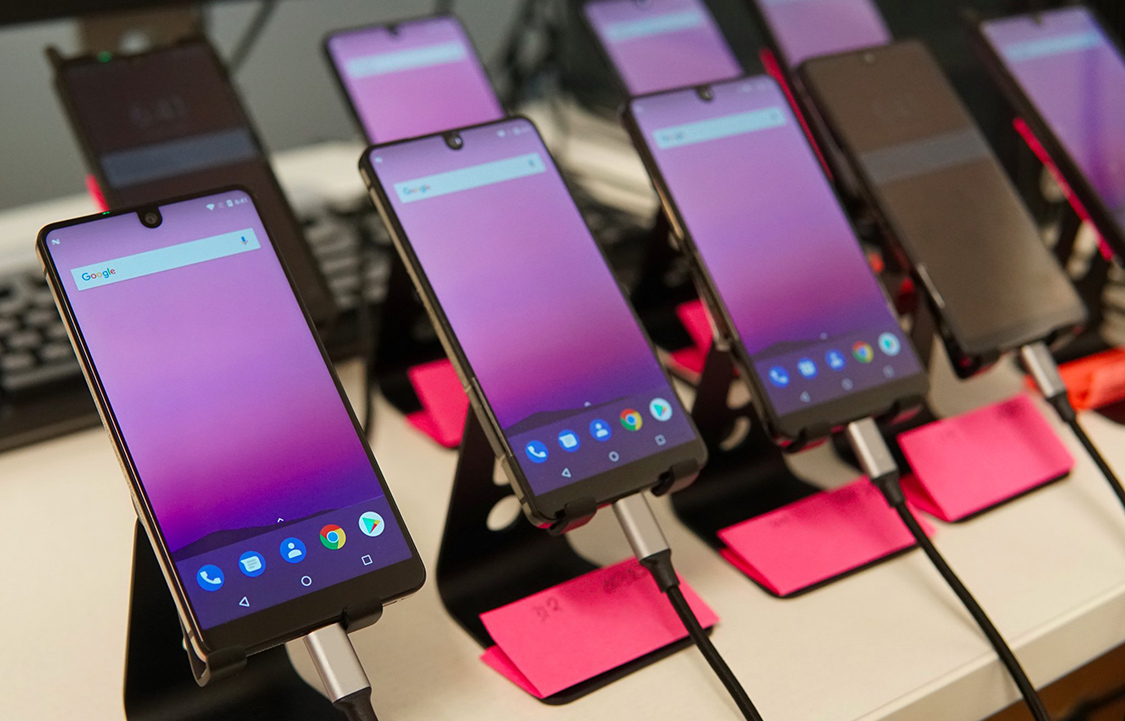 After his rather unceremonious departure from Google, Andy Rubin founded Essential, a hardware company supposed to manufacture high-end smartphones and other hardware. Thus came the Essential Phone, a device that proved to be not that essential to anyone. So few units were sold that nobody would blame you if you forgot this thing actually existed. The Essential and its notch design was launched in 2017 before the iPhone X, and it’s often a phone that hardcore Android fans like to believe inspired all Android OEMs to copy the notch — it didn’t. Still, the company was rumored to be working on a successor, and that phone might launch soon, given Rubin’s recent teasers on Twitter. If you thought the Essential was ugly, then just wait until you see this one.

It looks like an Android-based smart remote that can control all the gadgets in your home and maybe connect to Google Assistant. It should be killed with fire. Even the new Palm phone is a better idea.

Smartphone makers went out of their way to try to come up with iPhones that looked nothing like the iPhone X, soon after they copied the handset’s notch. We had all sorts of new designs coming out, including a few interesting ones — hole-punch displays, sliding selfie cameras, and phones with screens on the back come to mind.

Then, of course, 2019 brought us the foldable phone, which is probably the future of mobile devices, even though the tech isn’t quite there yet to make these devices affordable or durable.

But creating a phone like the one Rubin is teasing seems just like a design exercise to prove that you can innovate for the sake of telling the world you are innovating. And by the way, what’s the deal with that Boston Dynamics robot seen in the following pic?

We’ve reached peak smartphone design, yes, and almost anyone out there can create a good, dependable, all-screen handset. We’ve been waiting all these years for vendors to kill bezels, and now that all phones feature huge displays, we’re just going to regress to Android remotes?

Sure, Sony’s 21:9 Xperia flagship looks kind of awkward, too, but that’s a phone you can consume content on. That’s its differentiating factor. It still looks like a phone, no matter how tall it is.

What can you consume on the Essential (Two?). Well, not much, certainly not on that display form factor. How do you even type on this device? What’s battery life going to look like — well, probably amazing, because nobody will want to use this phone.

After all these years in mobile, Rubin seems to have no idea what people do with their smartphones if he thinks this thing will sell.

On the plus side, this might be a good phone for your kids, for when you have to confiscate the devices they actually want to use. You won’t even have to set up parental controls on it because they won’t like it.