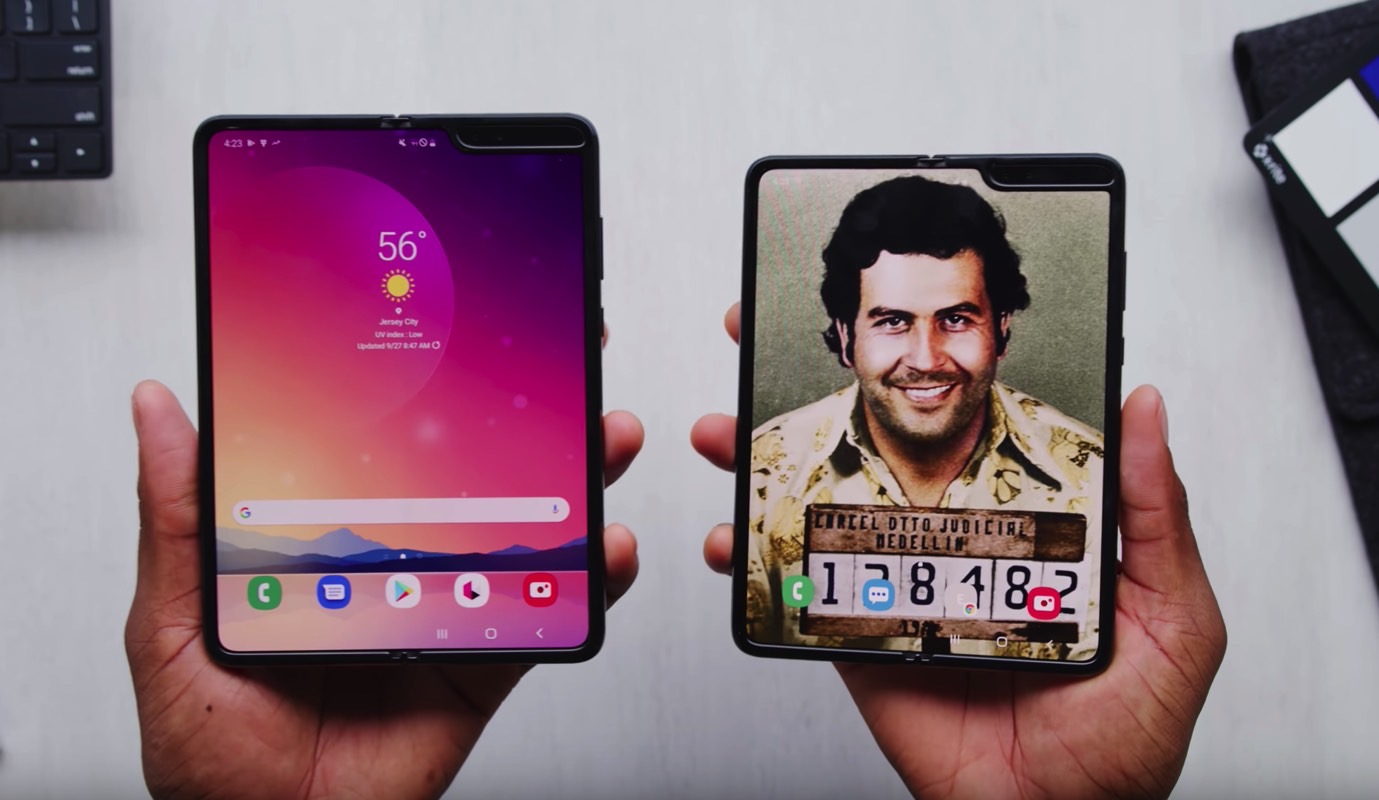 Foldable phones might be the future, but it’ll be a while longer until smartphone makers can deliver durable and affordable foldable handsets. The Galaxy Z Flip that Samsung just launched is better built than its ill-fated predecessor, the Galaxy Fold, and a lot more affordable. But it’s still a handset you have to handle with care to prevent damage. So if you see any promise of an affordable foldable phone, that also happens to look good and pack high-end specs, you better run for the hills. Nobody can produce such devices, especially not a company that’s associated with the Escobar family. We’ve shown you two Escobar foldable phones so far, including the Escobar Fold 1 and Fold 2, and we advised against buying any of them, no matter how great those offers sounded like. If you’re still unconvinced, you should check out Marques Brownlee’s “review” of the Fold 2, which happens to be precisely the kind of phone you thought it was, a poorly disguised Galaxy Fold.

I say “review” because the famous tech YouTuber doesn’t actually review the handset in the clip. Instead, Brownlee explains why it’s all probably a huge scam and why you should steer clear of any Escobar-branded devices.

The Escobar Fold 2 is just a Galaxy Fold handset covered in a gold sticker. The sticker comes off easily, revealing the Samsung branding you expect for the handset. There’s no way anyone in the world can sell this phone for $399, not even Samsung.

The whole operation seems to be a huge hoax meant to steal your money. Escobar would fulfill some orders to influencers and celebrities and then use the coverage to “sell” phones to regular users. Regular buyers, meanwhile, would not get anything shipped to their door or their money back.

The YouTuber explains in great detail his experience with the Escobar firm, revealing that he bought both Escobar phones out of curiosity. The first Fold was “upgraded” to a new model because he was a celebrity whom Escobar reached out to before, to secure coverage for the handset. The second phone was purchased under a different name and the order hasn’t been fulfilled.

If you’ve somehow ordered any of these two devices, the chances are you’re never going to see your money back or get either phone. The cheapest foldable phone you can purchase right now, and the only one that deserves your attention, is the Galaxy Z Flip, which is priced at $1,380.

Brownlee’s video follows below, and it’s definitely entertaining, as it covers the entire history of this Escobar foldable phone hoax.