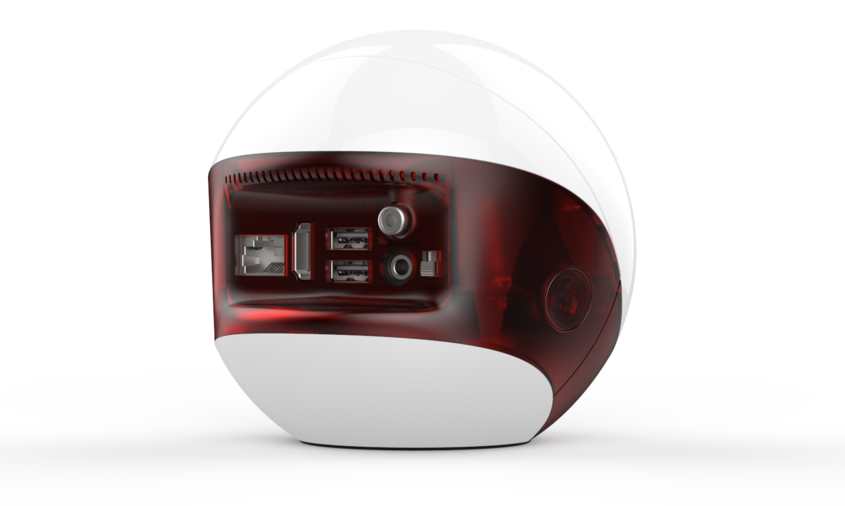 Tiny, affordable computers are a dime a dozen in 2016, but each has its own unique draw. There’s a PC the size of a power adapter from Quanta, a USB PC-on-a-stick from Lucoms and now a PC that comes preloaded with the Internet from Endless Mobile.

At CES 2016 this week, Endless Mobile unveiled a $79 desktop computer that it’s calling the Endless Mini. The cheap PC has a spherical shape and features an Amlogic S805 quad-core processor, 1GB of RAM, three USB ports, an HDMI output, a composite video output, and Ethernet port and a suite of custom apps running on Linux.

Both the 24GB and 32GB models of the Endless Mini are available to purchase from Endless Mobile’s website. The 32GB is $20 more expensive than its counterpart, but it features an additional gigabyte of RAM and can connect to Wi-Fi.

With those specifications, you might be wondering exactly who Endless is targeting with the Mini. As Endless chief executive Matt Dalio explains, the Endless Mini might not sound like much, but it could be a “luxury PC” in certain parts of the world.

“The hardware is not the reason people are buying it,” Dalio told PCWorld in an interview. “This is the computer that people are buying instead of the nicest Mac in the world… because that thing is useless without the Internet. So it’s the [applications], the feature set. With that said, the hardware is essentially a delivery mechanism, and it does it as fast as I need it to.”

The feature set that Dalio was talking about includes an “encyclopedia” made up of tens of thousands of popular Wikipedia pages, educational videos from Khan Academy, a music player, a health app and an open source browser. It’s built to work effectively without a connection, but once it does connect, it’ll refresh the relevant apps with the latest information.

It probably won’t be your next desktop PC, but the Endless Mini could be a huge leap forward for developing regions without consistent access to an Internet connection.