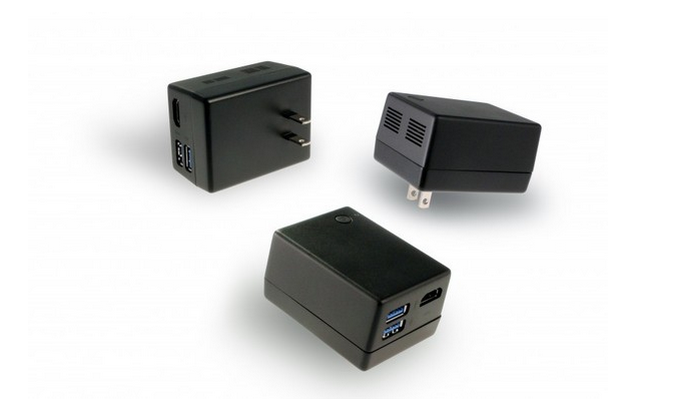 Microsoft started showing off its first pieces of Windows 10 hardware this week and a lot of the attention has been on some of the impressive laptops and desktops on display. However, Windows Central brings us word of an under-the-radar Windows 10 PC that is incredibly just the size of a power adapter.

What’s cool about this device is that it can serve as a PC just by being plugged into a wall and connected to a TV or monitor. It has three ports in all, including two USB 3.0 ports and an HDMI port, and it includes 2GB of RAM and up to 64GB of MMC flash storage. OK, so it’s not a PC built for power users, but what did you expect from something the size of a power adapter?

“The new Compute plug from Quanta is a mini PC and power adapter in one that can be plugged into any outlet and connected to a TV to turn it into a smart computer that can be controlled using Cortana via a Bluetooth remote or headset,” Microsoft says of the device.

Devices like this are part of an emerging trend of ultra-compact PCs that don’t look anything like the desktops and laptops we’ve used for the past 20 years. Other examples include the low-cost bare-bones Raspberry Pi computer and Dell’s USB stick-sized PCs that can run multiple different platforms.