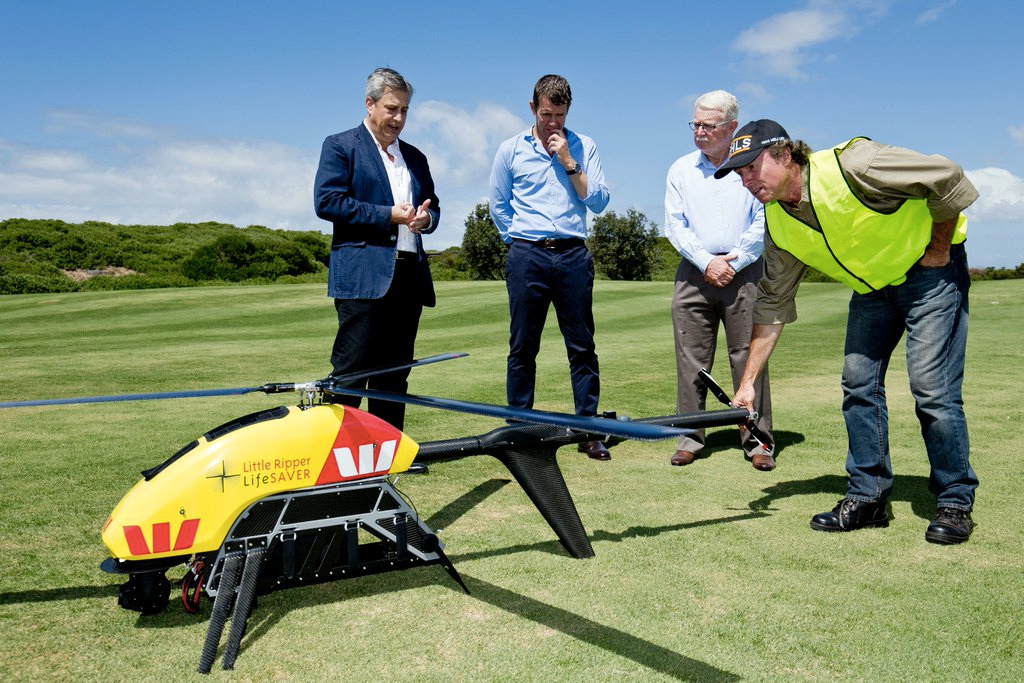 A video of a drone being used to save two swimmers caught in rough surf off Australia’s Far North Coast has gone viral for all the right reasons. It’s one of the purest and most sensible applications of drone technology discovered to date, and it’s certain to open people’s eyes to the value of drones in rescue operations.

There’s a lot of talk about drones and robots replacing human operators, but this example shows that for now at least, drones are just another (very effective!) tool in the human arsenal. In this case, the drone was able to fly to the swimmers and drop a life raft in the space of a minute, far faster than the response time of lifeguards on jetskis.

The drone used in this case was the Little Ripper UAV, a platform that the New South Wales government first considered as a shark attack prevention tool. The drone uses a miniaturized helicopter design, rather than the quadcopter design that most hobby drones tend to use. It has much better specs than hobby drones as a result: a two-and-a-half-hour fly time is the biggest draw, which is far more useful to lifeguards than the 30-minute max that you’ll get from a $1,000 drone.

As you’d expect, the drones can beam back live video to a two-person control team, and judging from the on-board video of the drone’s most recent rescue, the quality is on par with most prosumer drones, at least 1080p. As you can also tell from the video, the drone has the fairly unique ability to carry and deploy a modular payload, in this case a life raft and GPS beacon.

In addition to the hardware, a team of researchers from Sydney’s University of Technology are working on AI capabilities for the drone, which will let it identify and classify sharks on its own, without needing a human spotter. In the future, that would open the door to having a fleet of autonomously-piloted drones independently keeping a 24-hour watch out for sharks.