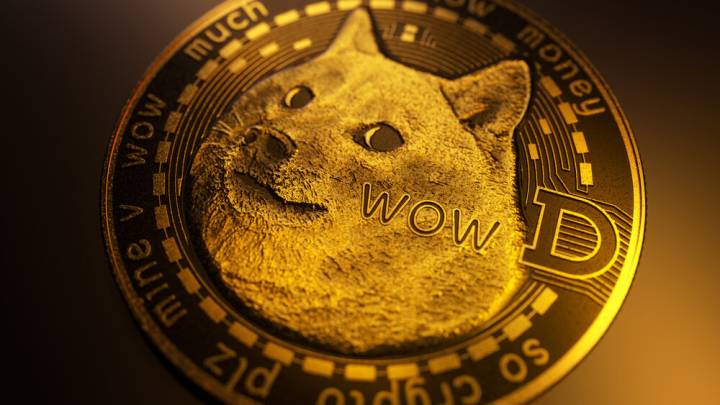 If you see dogecoin price surging yet again on cryptocurrency exchanges, social media, and the news, that’s because Tesla CEO Elon Musk has been propping the meme coin on Twitter again. Musk has had a massive influence on doge, which rose spectacularly from less than 5 cents a few months ago to nearly 70 cents last week. The coin then fell sharply just as Musk hosted Saturday Night Live, a show where he made various references to the meme coin and continued to drop in the past few days alongside bitcoin and most of the market.

The same Musk surprised fans last week when he said that Tesla would no longer accept bitcoin payments for electric cars, as bitcoin isn’t energy efficient. The announcement came just as abruptly as the news that Tesla would accept bitcoin payments for vehicles less than two months ago. Musk is back on the doge bandwagon, revealing on Twitter that he’s working on making this particular coin more efficient.

It’s unlikely that Musk or Tesla were unaware of exactly how energy efficient bitcoin mining was when Tesla decided to buy $1.5 billion worth of bitcoin earlier this year or when it enabled bitcoin payments. And some still debate Musk’s claim that crypto mining can’t be eco-friendly.

The Tesla exec said at the time that the company will not be selling any bitcoin and plans to use the cryptocurrency in the future. Tesla is considering other digital tokens as well, Musk said, without naming any names:

Tesla will not be selling any Bitcoin and we intend to use it for transactions as soon as mining transitions to more sustainable energy. We are also looking at other cryptocurrencies that use <1% of Bitcoin’s energy/transaction.

A few days before that, but after his SNL appearance, Musk ran a poll on Twitter asking followers whether they want Tesla to accept doge. Over 78% of the more than 3.9 million votes answered yes.

After saying that Tesla will no longer process bitcoin payments, the CEO wrote on Twitter that he “strongly believes in crypto, but it can’t drive a massive increase in fossil fuel use, especially coal.” A few hours later, he revealed that he is “working with doge devs to improve system transaction efficiency,” adding that it’s “potentially promising.”

The tweet is somewhat cryptic, as Musk has not elaborated what that means. Dogecoin started as a meme coin a few years ago, without having any real purpose. Even so, it developed a cult following, and its popularity exploded in the past few months. It’s unclear how Musk plans to make use of it for Tesla or other projects, but his SpaceX already announced that doge payments would fund a mission to the moon.

Dogecoin is trading at 55 cents at the time of this writing.