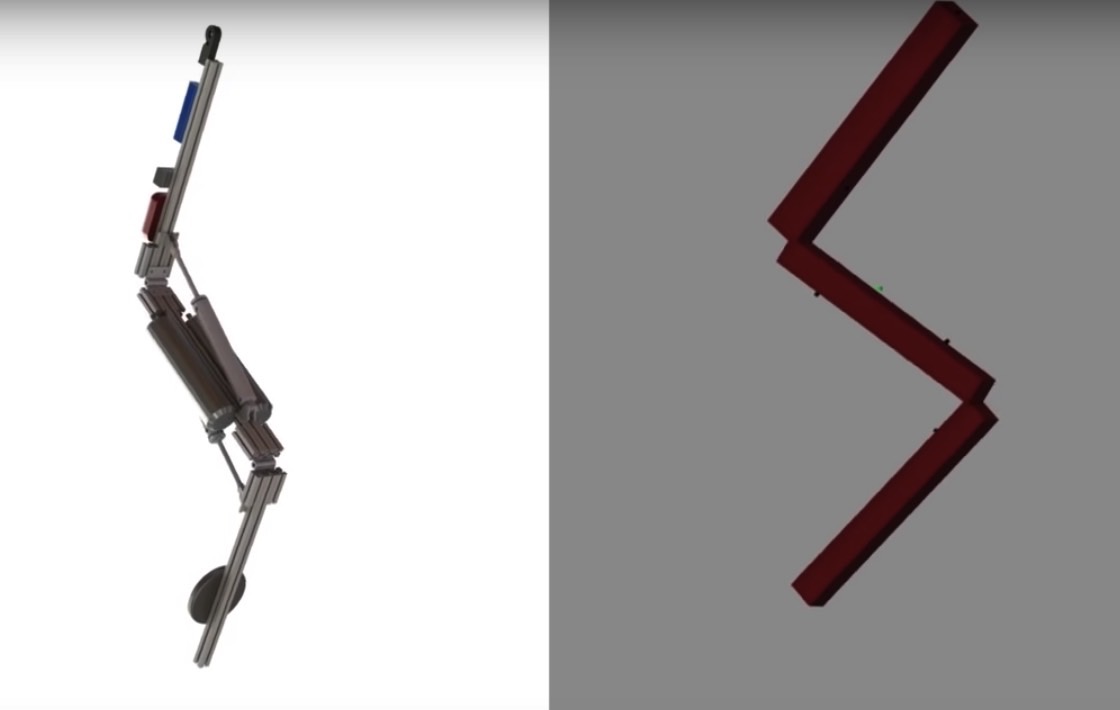 Remember how Google’s Boston Dynamics spinoff created some impressive robots that could pull off a bunch of remarkable movements including backflips? Those robots were are also pretty scary, by the way, and while Google may have sold off the division, SoftBank will undoubtedly continue to evolve them. Boston Dynamics isn’t alone in creating robots capable of some amazing tricks. Disney, it turns out, has ambitious plans of its own when it comes to robotics.

is apparently looking to create human-like movements with its robots that can be then used in motion pictures to replace stunt people.

Called Stickman, Disney’s robot looks just like a stick. It’s about as tall as a human, and this stick robot uses advanced sensors to actually perform backflips and completely nail the landing. As you can see in the clip below, the Stickman can perform a variety of landings and movements, and Disney detailed its creation in a research paper called Stickman: Towards a Human Scale Acrobatic Robot.

Human performers have developed impressive acrobatic techniques over thousands of years of practicing the gymnastic arts. At the same time, robots have started to become more mobile and autonomous, and can begin to imitate these stunts in dramatic and informative ways. We present a simple two degree of freedom robot that uses a gravity-driven pendulum launch and produces a variety of somersaulting stunts.

The only thing better than what’s happening in the video would be if a second Stickman would be able to catch the first one. When they’d be done with their human-like acrobatics, they’ll probably resume their day jobs, which is to take over the world. Because that’s what robots will do, right?

There’s no telling when the Stickman robot will be used in motion pictures or parks, but we’re probably not done seeing awesome Stickman tricks.