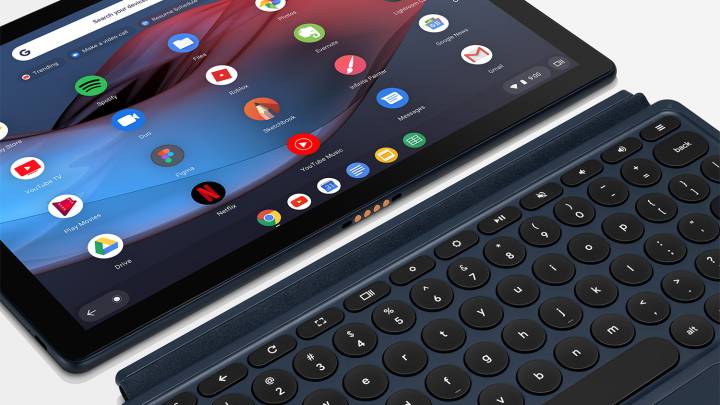 If you were planning on buying a cheap Chromebook at a deep discount on Black Friday from any of the authorized retailers out there that are offering deep discounts this season, you now have an extra reason to get one as soon as possible. For a limited time, Google will bundle Chromebook purchases with three months of Disney+ service for free.

The offer is as simple as it gets. All you have to do is buy a Chromebook between November 25th, 2019 and January 31st, 2020, get your discount code, and then download the Disney+ app from the Play Store.

The deal basically gets you an extra $21 discount on your Chromebook, assuming you were going to get a Disney+ subscription anyway. If you’ve already subscribed to Disney+, you can still activate an additional account and gift it to someone else — but make sure to have them pay the monthly fee for continued access once the free three months are over.

The Pixel Slate is the tablet Google unveiled during its Pixel 4 event back in October, and it comes in several configurations, all available over in Google’s online store. If that’s the Chromebook you’ve been eying, then you should absolutely take advantage of this Disney+ promotion. Other retailers, including Amazon, Best Buy, Walmart, and others, have plenty of different Chromebook models on sale for Black Friday and Cyber Monday, and most of them are far less expensive than Google’s latest Chromebook.

If you missed out on all the great Disney+ promos that ran in the months leading up to the streaming service’s launch, we’ll remind you there’s an even better Disney+ offer out there than Google’s: A free year of access with select Verizon plans.