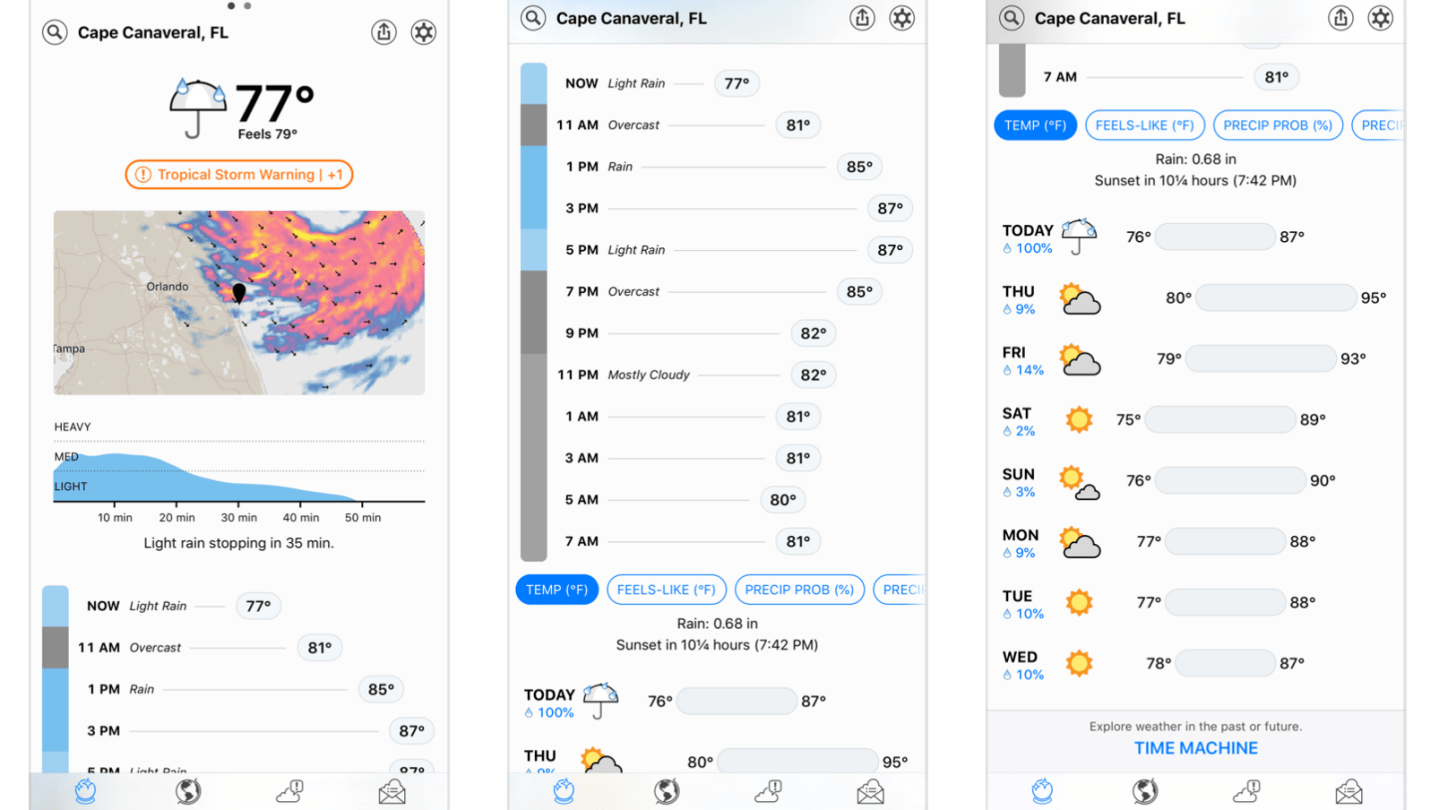 Dark Sky, the beloved hyperlocal weather app that is a hit on both iOS and Android, is now under new management. Dark Sky announced today that it “has joined Apple,” signaling a new future where the app’s key features are likely to be integrated into Apple’s default weather experience. Unfortunately for Android users, this means the end of an app that may be one of your favorites.

If you’ve dabbled in weather apps for your smartphone at all over the past several years you’ve no doubt come across Dark Sky. Its simple design and down-to-the-minute forecasting for the hour ahead have made it a massive success on both the App Store and Google Play. As is often the case with apps that innovate, it was bound to be snapped up by a larger fish sooner or later, and it now appears that fish is Apple.

Today we have some important and exciting news to share: Dark Sky has joined Apple.

Our goal has always been to provide the world with the best weather information possible, to help as many people as we can stay dry and safe, and to do so in a way that respects your privacy.

There is no better place to accomplish these goals than at Apple. We’re thrilled to have the opportunity to reach far more people, with far more impact, than we ever could alone.

As for what this means for the iOS app, nothing much will change for the time being. Eventually, we expect the app will be baked right into the iOS weather experience, but it may be a while before we see that happen. In the meantime, the app will continue to work as it always has for Apple users. Android users, on the other hand, are not nearly as fortunate.

The app will no longer be available for download. Service to existing users and subscribers will continue until July 1, 2020, at which point the app will be shut down. Subscribers who are still active at that time will receive a refund.

It’s nice that refunds will be offered for existing subscribers at the time the app shuts down, but it’s still going to sting a bit for Dark Sky fans on Android that have been using the app for years.