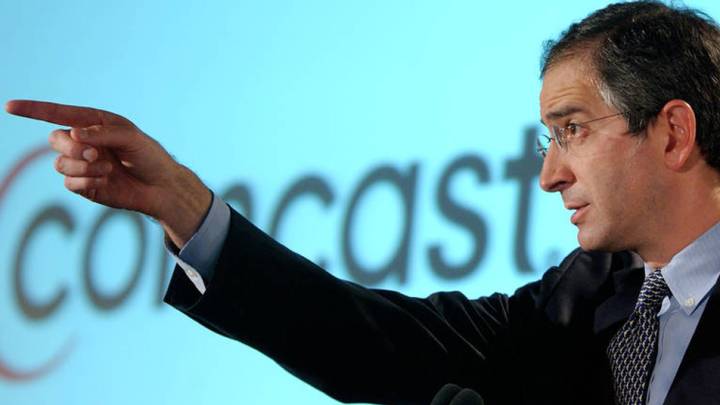 Comcast has sent a cease-and-desist order to a pro-net-neutrality website fighting against a proposed FCC rule change, based on an objectively stupid copyright claim. Comcastroturf.com is a website that has been set up to help deal with anti-net-neutrality comments being posted under fake names, and has no ties to Comcast whatsoever, except for the URL.

Copyright claims against “domain name squatting” aren’t some broad brush that can be used to take down any critical website: they have to fulfil a specific set of criteria, including that the use of a company’s name is “likely to cause confusion.”

Comcastroturf.com was set up by the Fight for the Future Education Fund, a nonprofit that frequently runs online campaigns centered around voting rights and net neutrality. The website is supposed to be a solution to a problem of fake comments, first discovered by investigations from ZDNet and The Verge. Those outlets discovered that a bot was posting hundreds of thousands of identical anti-net-neutrality comments to the FCC’s website, using the names and addresses of real people without their permission.

Comcastroturf has a tool that lets you search the FCC’s site to see if your identity was used to spam comments without your permission, and notify the FCC if so. It’s a harmless tool that’s objectively apolitical: it just helps ensure that only legitimate comments are posted to the FCC’s site.

Unfortunately, Comcast doesn’t seem to like it. According to the cease and desist letter sent to Fight for the Future, Comcastroturf “is confusingly similar to [Comcast] because it sounds the same, looks the same, and is spelled similarly to Comcast.” It’s only really “confusing” if you get confused by the difference between “comcast” and “comatose,” but Comcast’s lawyers are adamant.

Unfortunately, Comcast’s high-paid lawyers are going against a deep history of case law on the subject. Even if Comcast could argue that Fight for the Future is using its trademark by including the word “Comcast” in the domain, Harvard’s case law library on the subject emphasizes that “the First Amendment allows a person to use another entity’s trademark for purposes of commentary or parody.” Unless a reasonable person might be confused into thinking the website Comcastroturf.com is owned and operated by Comcast — which anyone with eyes who clicked the link would immediately realize is not the case — Comcast has no case.