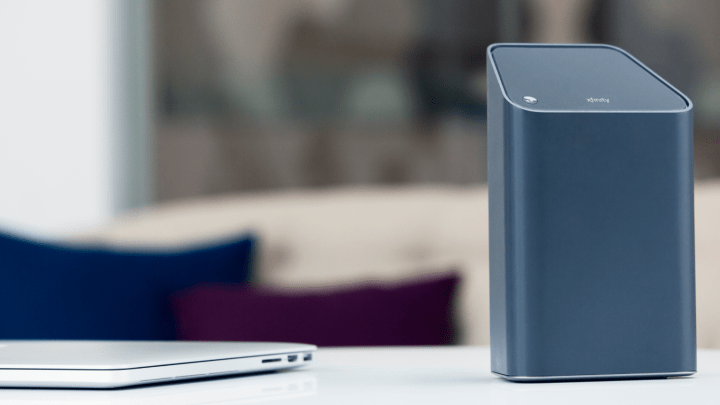 Usual procedure when setting up a new home internet connection goes something like this: Open welcome package from internet provider; immediately discard the cable modem and router that came in the package, hanging onto only the ethernet cables; go on Amazon and buy a cable modem of your own; save $10 per month, forever.

But Comcast has just released its new xFi Advanced Gateway, a high-speed modem-router combo that can handle gigabit speeds with ease, and I’m starting to think that it might not belong in the trash.

The most important feature is full support for DOCSIS 3.1, a technology that supports full gigabit speeds over the coaxial cable network. Comcast has DOCSIS 3.1 enabled across about 75% of its footprint so far, but you’ll need to be signed up for the top-tier plan — and using a DOCSIS 3.1-enabled modem — to take advantage.

The Wi-Fi side of the gateway also looks good. There’s an 8×8 antenna array and support for MU-MIMO, which is a bunch of letters that means it supports the majority of new Wi-Fi standards. As well as meaning that you could see a theoretical maximum transfer speed of 1.5Gbps, given ideal conditions with zero interference and the world’s fanciest laptop, it also means you should get usable, high-speed internet in more corners of your house, and the gateway should be able to handle the simultaneous demands of dozens of devices at once.

That said, no-one can change the laws of physics, and some houses may be too big, or have a particular design, meaning they can’t be perfectly blanketed in Wi-Fi from one single point. Comcast is also rolling out xFi Pods, little mesh repeaters that should extend the coverage of the xFi Advanced Gateway.

Pricing of Comcast’s new gateway is the same $10/month lease that we’re all used to by now. You can still get a cheaper long-term setup by purchasing your own modem and router separately, and there are certainly much faster and better Wi-Fi systems out there. But as cable company gateways go, Comcast’s new xFi Advanced combines surprisingly decent physical design with a decent feature set, which might just be enough to save it from the dumpster. Might.