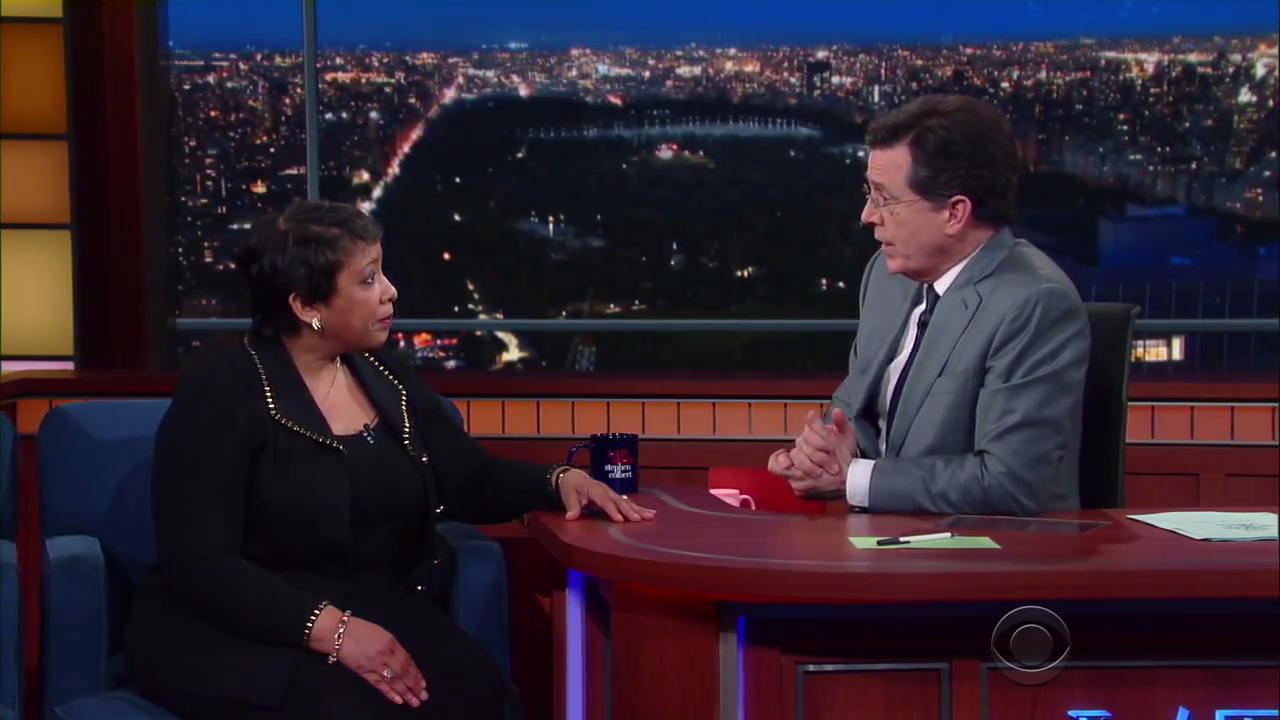 On Thursday night, U.S. Attorney General Loretta Lynch appeared as a guest on The Late Show with Stephen Colbert. The two discussed a myriad of topics regarding law enforcement and national security, but what caught our attention was when Colbert decided to broach the subject Apple’s battle with the FBI.

“Let’s talk about iPhones for a second,” Colbert began. He laid out the situation in a relatively digestible manner and asked Lynch if she disagreed with Apple CEO Tim Cook’s assessment of the situation.

Colbert then went on to claim that the Department of Justice wants Apple to build a backdoor to allow their agents to access the data on the phone of one of the San Bernardino terror suspects.

Of course, as the DOJ has repeatedly explained, and as Lynch was quick to note on The Late Show, the DOJ does not want a backdoor. Rather, the department simply wants Apple to give them a chance to unlock the phone without erasing the data, thus complying with the wishes of the phone’s true owner: the San Bernardino County Health Department.

You can watch the entire segment below, but the Apple discussion begins at around the 2:55 mark: