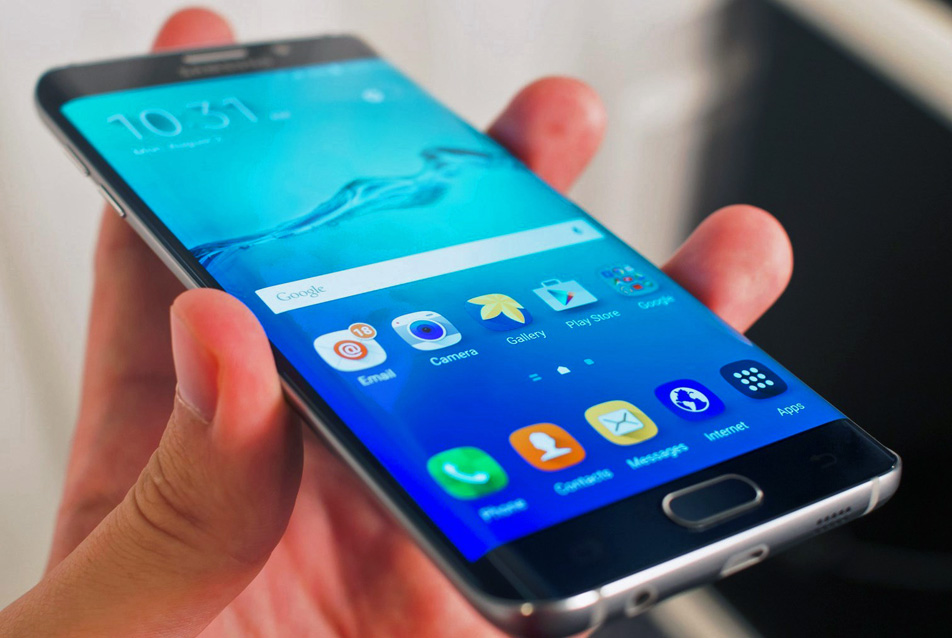 We know, we know… every new Android flagship phone is “the best” new Android flagship phone until the next one is announced. But there’s something different about Samsung’s latest and greatest. The company on Friday released its new Galaxy S7 and Galaxy S7 edge handsets, and the Galaxy S7 edge in particular is a favorite among early reviewers thanks to its unique design and relatively compact form factor despite having a large 5.5-inch display.

Personally, I’m a huge fan of the Galaxy S7 edge. In fact I really want to ditch my iPhone for the S7 edge (but I never will). There’s plenty to love about Samsung’s new Galaxy S7 edge and in this post, we’ll cover the phone’s five best features.

BY THE WAY: The only Android phones other than the Galaxy S7 you should consider buying today

Holy moly… this phone is unbelievable. Samsung has actually managed to out-Apple Apple. And I mean that quite seriously, since there are obvious design elements that Samsung borrowed from the iPhone.

iPhone similarities aside, the Galaxy S7 edge is easily the most sleek, stylish and solid smartphone that has ever been released. Samsung’s old phones felt like cheap junk to be perfectly honest, but the S7 edge is in a completely different league.

Beyond everything else, my favorite thing about the phone’s design is the fact that Samsung has managed to make a phablet with a large 5.5-inch display that is so comfortable to use with one hand. The narrow bezels and rounded back look and feel terrific, and the phone is far more compact than Apple’s iPhone 6s Plus, which also features a 5.5-inch screen.

Speaking of the Galaxy S7 edge’s 5.5-inch display, the screen on this phone is absolutely stunning.

Blacks are deep, colors are vivid and the clarity is completely unrivaled. Apple started a trend with the Retina display on the iPhone 4 back in 2010, but now it’s 2016 and Apple is barely in Samsung’s rearview mirror at this point.

At least one site declared the iPhone 6s Plus the winner in a head-to-head camera comparison with the new Galaxy S7, but let’s chalk that up to temporary insanity or something. Pretty much everyone else on the planet agrees that Samsung’s new camera is far better than the unit on Apple’s iPhones.

We’ve already covered all the new tech in Samsung’s cameras a number of times, but here are the highlights: An f1.7 aperture that lets in 25% more light that then Galaxy S6, 1.4 micron pixels that are 56% brighter, and lightning-fast dual photodiode pixel autofocus.

Samsung’s new Galaxy S7 edge features an IP68 rating for water and dust resistance. As we’ve seen, it can survive the ultimate test of its waterproofing and come out none the worse for wear.

Serious water and dust-resistance will go a long way in saving users money by preventing damage to the phone. The phone is also quite durable in general, having handled drop tests at normal ranges with no problem.

Last but certainly not least is microSDXC support. While Apple is doing its bottom line a service by omitting a memory card slot from its phones and offering a big storage jump from the base model to the mid-range tier, it’s not a very consumer-friendly way to do things.

Samsung only sells the Galaxy S7 edge with 32GB of internal storage, but you can a massive 200GB microSD card on Amazon for $79.99 and instantly have far more space than any iPhone can offer.

Most useless feature: The edge

Funny enough, the reason Samsung’s Galaxy S7 edge is called the “Galaxy S7 edge” is also its most pointless feature: Curved edges on the front.

The “edges” on the phone’s screen look neat and all, but they really don’t serve a purpose (other than to look nice). The curved glass back adds to the phone’s comfort, as does the angle of the aluminum that surrounds the phone. But the curved glass face really doesn’t have much of an impact, if any.

As for the phone’s “edge panels,” there is absolutely nothing tying that functionality to a curved edge. The exact same features could be added to a flat-faced phone.