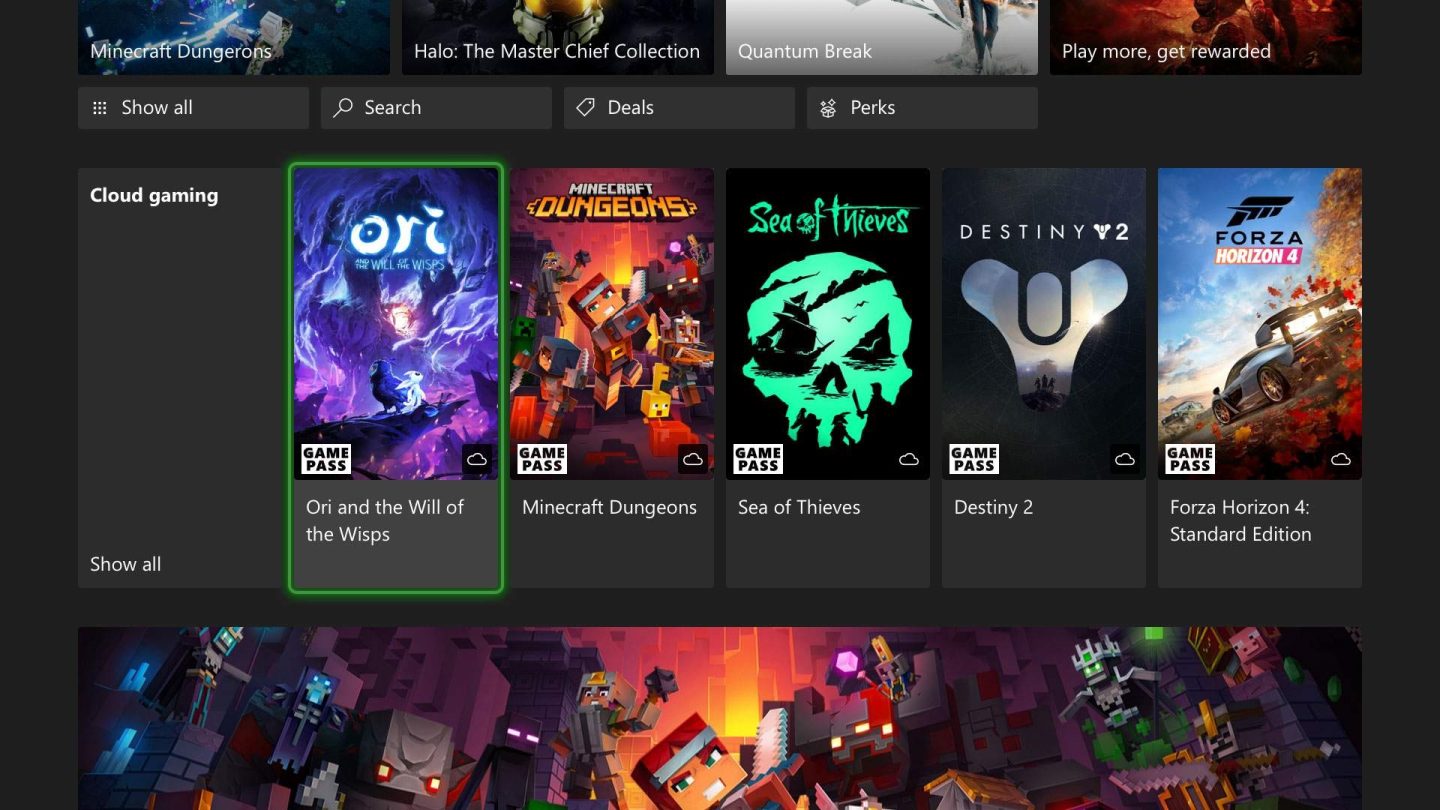 Microsoft’s cloud gaming ecosystem is nearly complete. Today, you can already play Xbox games on phones, tablets, and computers with the cloud. This week, Microsoft announced that cloud gaming is coming to Xbox consoles as well this holiday season. Once the feature arrives, Xbox Game Pass Ultimate subscribers will be able to play over 100 games on Xbox Series X|S and Xbox One consoles with a click of a button.

Video games take up more space than ever in 2021. Many modern games use up well over 100GB of storage, with some pushing 200GB. Once you reach capacity on your console, your only options are to buy more storage or start deleting content. That will no longer be the case when cloud gaming arrives on consoles. In addition to eliminating the need to install games — which can take an hour or so for a triple-A title — games available over the cloud won’t take up any space on your hard drive. Not only can you play supported games instantaneously, but you can save a ton of room.

Cloud gaming also removes the barrier of entry for multiplayer sessions. If your friend invites you to play a game that supports cloud gaming, you can jump in immediately without needing to purchase or install the game. All you’ll need is an Xbox Game Pass Ultimate subscription. You can tell which games are supported by the feature by looking for a cloud icon on the game.

Play next-generation games on Xbox One

But we haven’t even talked about the best feature of console cloud gaming yet.

With the cloud, it is possible to play games released exclusively for Gen 9 consoles on Gen 8 hardware. For example, Microsoft Flight Simulator and The Medium are only available to buy and download on Xbox Series X and Xbox Series S. Xbox Cloud Gaming makes it possible to stream those games on an Xbox One. This will be a huge deal for any gamers who aren’t quite ready to make the leap to the new generation, but don’t want to miss out on the next-gen games.

Microsoft plans to begin testing cloud gaming on Xbox Series X|S and Xbox One consoles as part of its Xbox Insider program this fall. Console cloud gaming will support up to 1080p visuals at 60fps, just like on PCs, phones, and tablets. It’s worth noting that cloud gaming is still in beta on those platforms as well. Microsoft will share more details about the rollout and release timing in the future.